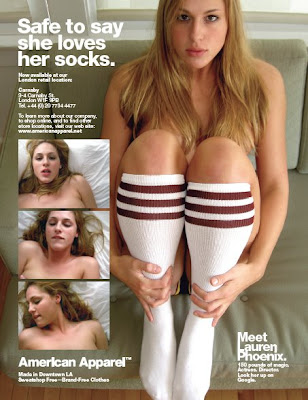 American Apparel in Adelaide, apparently.
Yep, sources tell us that Australia's third AA store will bypass somewhat more obvious options - so obvious we won't start an inter-state slanging match by mentioning them - to open in the city of churches by late 2008.*
Ring a ding ding.
* Firstly, in my books October is late 2008. Actually, we're on the cusp of November, so even more so. Secondly, considering the Sydney store was, oooh, eight years behind schedule, I wouldn't be expecting any AA goodies under the xmas tree, Adelaidians. Is that even what you guys are called? Sydneyites? Melbournians? Pffft.
Posted by Patsy Galore at 1:20 AM