A trip around our online world

The proliferation of mega cities around the planet is perhaps the most visible manifestation of the march of civilised mankind. Equally visible to us here at Black Magazine is the proliferation of
fans' we are experiencing on our Facebook page. Today, we crossed the 30,000 mark and outside our home fanbase in New Zealand now have 12 cities that are home to over 500 Black Magazine Facebook fans, some have several thousand. Other cities of note include; Melbourne, Brisbane, Santiago, Quezon City, New Delhi, Madrid, Milan, Mexico City, Berlin, Tokyo, Hong Kong and Los Angeles. We are, of course, deeply excited about this and welcome all new and existing fans to Black Magazine and our online sites. Whilst we hope to travel to some of these cities over the next year or so, some of our key contributors already live in them, and their contributions since the first issue continue to be essential to the Black ethos. In the meantime, here is a selection of images of these great (500 plus) cities, a trip around our online world. To our new online friends....

This Tuesday, one of our New York teams comprising photographer Derek Kettela, fashion editor Michelle Cameron and hair and make-up artist Valery Gherman are heading upstate New York to the legendary town of Woodstock to shoot Ashley Smith. Smith, who has appeared in both Rushh and our own 1AM in recent times is one of the world's favourite gap toothed models and recently appeared on the cover of Beauty Inc with the mother of gap, Lauren Hutton. Our suggestion to the crew? Do NOT take the brown acid... 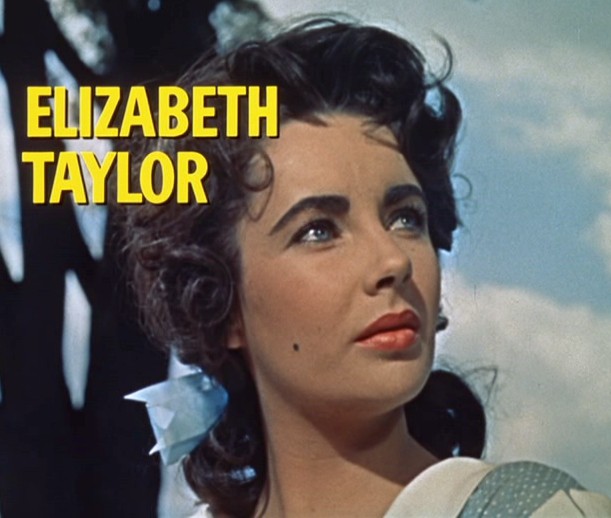 ..Taylor, a giant of the screen, the prettiest star, has left this mortal coil. There are few words...here's a few of our favourite images of the great lady...rest in peace Liz...legend. gnrxox 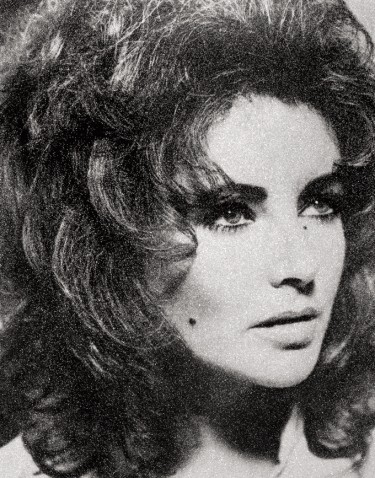 A long hot summer just passed us by...

...while Mother Earth ravaged places close to us and dear to our hearts: Christchurch, Queensland and of course, Japan, have had to endure unfathomable difficulties recently. Here at Muriwai, on Auckland's West Coast, La Nina has delivered a pristine summer of gorgeous days, good surf and much loved family and friends. It has been surreal to watch, read and assimilate the images and information that has accompanied the devastation whilst we were experiencing a classic New Zealand summer, in Auckland. It has also been humbling. Every New Zealander has been affected by the earthquake in Christchurch and deeply moved to try and help. We have all been inspired by the strength of the people of Canterbury and their response and resilience. A great New Zealand trait.


Support, and more exactly, money is going to be required for some time yet to get the new Christchurch up and running. On Tuesday 5th of April Black Magazine is presenting an event featuring the combined talents of Salasai and Nick Von K Jewellery, a component of which will raise funds for the Christchurch Earthquake Red Cross fund. It will be a night of films, performance and an exhibition of photographs by Russ Flatt that will be silent-auctioned on the night, with the proceeds going to Christchurch. It is invite only but we will cover it here on Blacklog and our Facebook page. Here is a Muriwai sunset at the end of the golden summer...we feel very grateful...

We are shooting portraits this issue with photographer Adam Custins, based upon the legacy of Rachael's great-great grandmother Te Pura McGregor and Rachael's ancestry, or whakapapa. We have realised the story in a modern-retro style with Maori, European and Chinese models.  Rachael is also Samoan, German, Irish and Scottish in her bloodline so this shoot is all about representing the multi-cultural bloodlines that abound in Aotearoa. Adam has been shooting on large format Polaroid film and to date the models have been; Yasmine @ Clyne, Danielle @ 62, Eve @ August, Seon @ Clyne, and Henry and Grace.


Te Pura Manihera was a chieftainess of Ngā Poutama at Matahiwi pa, forty miles north of Whanganui and the daughter of  Te Manihera who married Scotsman Gregor McGregor. She was the first Maori woman to receive an O.B.E (Order of the British Empire) and often led the haka for her tribe, sometimes in battle, in the late 19th Century. Later that night she would be comfortable integrating with the new settlers in a stylish Victorian ensemble and was capable of eloquent conversation. In one of numerous historical passages about Te Pura she is described as follows; "Pura was always beautifully dressed and never lost her grace and charm. She always walked slowly. At the same time she retained her skill in leading the haka, especially when it was one of welcome, and immediately afterwards, with all the dignity of true Maori aristocracy, she could adorn any (European) drawing-room, knowing instinctively what to do." Below is a photo of Te Pura (centre, with mere) and group at Tesla Studios, Whanganui, circa 1900...look out for the modern interpretation featuring Kiri and Jason Nathan, Ann Demeulemeester, Comme Des Garcons, Therese Rawsthorne, Wunderkammer Jewellery and more....Te Manihera, Te Pura, Maata, Te Huiakama, Hori, Rachael...arohanui..x 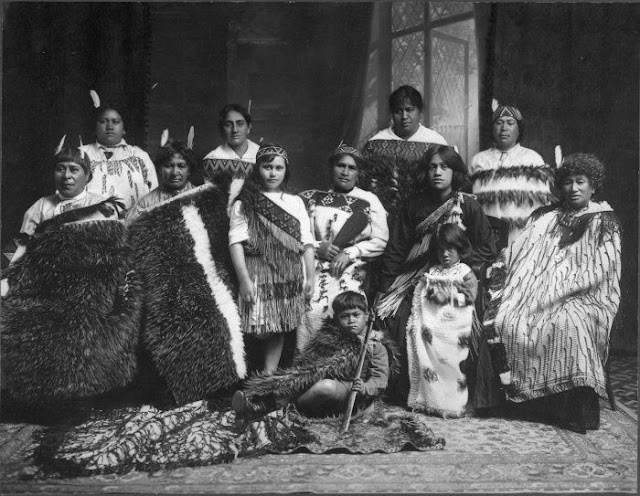 The Department Store rolls up its sleeves for Christchurch

This Sunday, in a collectively philanthropic effort, the founders of The Department Store are putting everything they have into raising funds for the people of Christchurch who have been so adversely affected by the Feb 22 earthquake. Karen Walker, Dan Gosling (BlackBox and Stolen Girlfriends Club), Stephen and Lucy Marr and Simon James will not only be donating every cent that crosses the counter to the Red Cross appeal but will also be spending the day there themselves to interact with supportive customers. Karen will be on hand to help style customers in store (has there been a better opportunity to have Karen as a personal stylist for a moment?), Stephen and Lucy (two of this country's best) will be cutting hair on the salon floor, Dan Gosling will be there with his team to help you pull together the slickest outfit you can and Simon James and staff will also be on hand, giving advice on design objects, books and interiors.
Add celebrities flipping sausages on the grill, top line DJs and the fabulous environment of The Department Store itself and you have a one-off, inclusive shopping experience that may never happen again. Be advised though, that Stephen Marr customers especially are urged to book early so call them on 09 488 0585 to do so...
Posted by Front Grill at 1:07 PM

Kia ora koutou, we are right in the middle of our shooting schedule for Black #14, our 5th birthday issue, hence the low volume of posts lately. Yesterday, we crossed the Auckland Harbour Bridge to shoot amongst the sandy cliff faces and reedy wetlands of the inner Waitemata Harbour. David Shields lensed the shoot, fashion editors Rachael Churchward and Adam Bryce revisited the best of early grunge (circa 1988 - 1992) with a modern twist, Greg Murrell fashioned some suitable hair and Natalie Dent applied the make-up using M.A.C Cosmetics. Assistant fashion editor was the redoubtable Jessica Grubisa. Extra hair and flash shoes by Tom @ Ryder. Models were: Lili Sumner and Cory van Malland @ Red 11, Elena and David Lawson @ 62 Models. Without giving too much away here are some over-the-shoulder snaps of the day...

As mentioned in a previous post we are loving the new M.A.C trends for the season. So much so that we asked photographer Greg Novak and make-up artist Natalie Dent to shoot a wee beauty editorial inspired by the trends. Natalie says, " I guess what I was going for was a innocent, young, fresh and feminine look for each girl. So I used colours from the new range mixed with other M.A.C products I have. Each model either had their lip colour taken back with foundation and lip conditioner over the top with a hint of pigment. I used muted soft brown eyeshadows to softly contour and shape the eyes.  I used a mixture of pigments and pearly eyeshadows on the eyes and lips to appear fresh and only a little mascara to keep them looking less made up." Models are: Rhianon @ August,  Seon and Yasmine @ Clyne, Kitty @ Red 11 and Anna @ 62 Models. 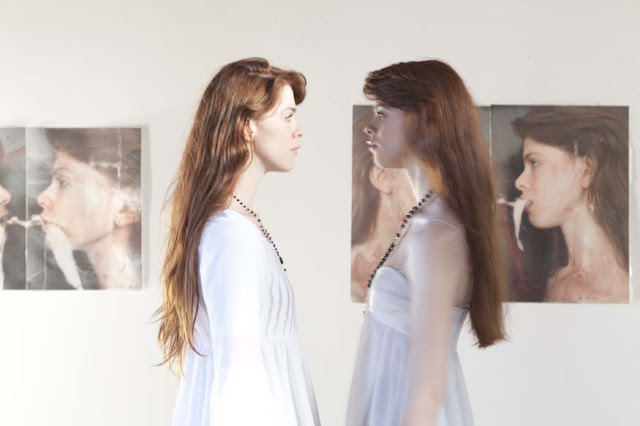 New Zealand double master photographer Chris Traill contributed one of our most memorable Black features ever, "Sea of Brown Faces' - a photo essay of the South Auckland Polynesian Festival. From March 25 to May 2, 2011, he is exhibiting a beautiful collection of his work entitled Toi Toi Design at the Auckland Botanical Garens, Manurewa, Auckland. It is a "unique series of imagery capturing our natural fibres and foliage,  New Zealand's spirit, texture and light." The works are presented as montages of imagery woven together in a fusion between design and still life photography. All works in this must-see exhibition will be for sale.