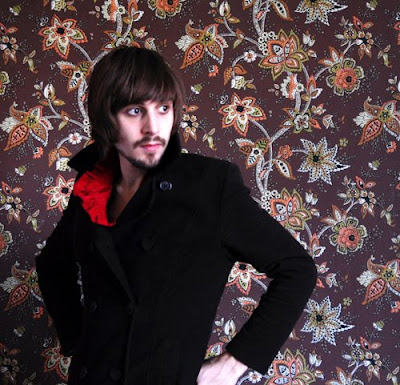 1. Pop Levi - Dita Dimone - stylish fat groove from Ladytron's Scouser bassman, love the vocal and his style [see above] borders on consummate
2. Jim Noir - Happy Day Today - another stylish Pom (so many of them!) this chap, real name Alan Roberts popped out the very tidy Jim Noir self-titled album in April this year. His production is somewhere between Phil Spector and ELO but the music is better than that.
3.Bat For Lashes - What's A Girl To Do? - Born in Pakistan in 1979, Natasha Khan studied film and music and suggests her debut album Fur & Gold was inspired by dreams of black horses and Joan Of Arc
4. Chad VanGaalen - Willow Tree - sitting prettily on a bed of plucky banjo this lovely ditty echoes other Canadians in (a wistful) Arcade Fire or the vocal theatrics of Antony & The Johnsons but we like it more than recent efforts by those two at least.
5. Computer vs. Banjo - Give Up On Ghosts - not very computerish at all but maybe a little bit banjo, this would sound good down the barn stomp at 5am.
6. of Montreal - Id Engager - catchy pop electro disco, the type that is everywhere at the moment but the nobbly little bassline from these Georgia, USA natives makes hard to put down.
7. Sunny Day Sets Fire - Lack Of View - that could be the best band name in years although there was a legendary Maori guitraist who probably wouldn't agree. This is a cute tune for the Hong Kong/Italian duo out on Brikabrak Records. Nice all round.
8. Ida Maria - Louie - Ida (below) is Norwegian, so yes; poppy, bouncy, bright. Fun. 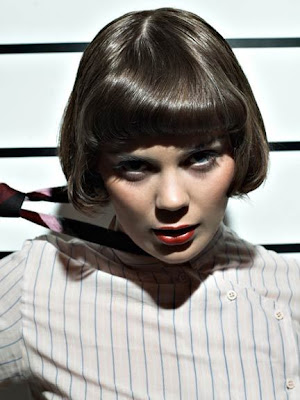 9. Santogold, Pharrell Williams & Julian Casablancas - My Drive Thru - the latter does most of the vox I am guessing but just like Ida Marie, it's catchy as...
10. The Late Greats - He's Not It - super nice guitar sounds and a super catchy hook from the table-tennis loving English-that-sound-somehow-American band.
Posted by Front Grill at 4:11 PM