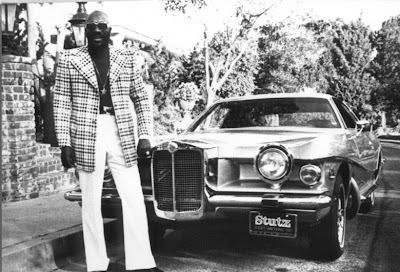 Is it Soul Men or Dead Men? What, with Isaac Hayes passing out on (or near) the treadmill yesterday, Bernie Mac passing on full-stop a few days back and Morgan Freeman nearly taking himself and the local bridge out, one has to wonder who is next from the Black, Old and Cool mafia. Both Hayes and Bernie Mac starred in Soul Men with the legendary chrome dome Hayes playing his High Priest Of Soul self. Although it is more than likely simply a coincidence, it does seem strange that all three have either kicked the bucket or swerved to miss it within the space of a week. Hayes, is a legend of soul and disco and at 65 more than likely had a bit to offer yet. As a seminal and foundation musician on the legendary Stax label, he broke plenty of ground when it needed breaking and with the release of Hot Buttered Soul (1969), Black Moses (1971) and the subsequent Shaft (1971) made huge statements about what it meant to be an urban black in a modern world that still resonate to this day. Hayes powerful singing style was quite simply strong, sexy, foundation rap music - although scarily - many kids these days only know him as Chef from South Park.

Who's the black private dick
That's a sex machine to all the chicks?
(Shaft!)
You're damn right