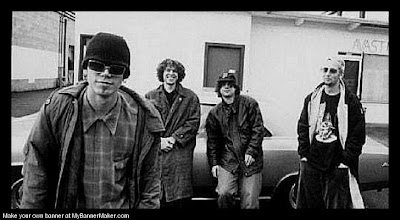 When the 'grunge thing' suddenly no longer became the actual grunge thing, just a sad takeover by the old school record company truncheons...around about 1993 to be exact...those at the forefront lost interest and passion. Witness Nirvana. Which is exactly why this song by Brad is so good...a mix of sounds, ideas, grooves and concepts that nobody else in that early nineties, Seattle-based scene ever came close to. 20th Century features possibly one of the greatest, simplest basslines of all time. Bomp, bomp. Change Key. Bomp, bomp. And, the coolest meandering guitar and percussive rhythm...and most especially, a vocal by Shawn Smith which is right up there amongst the best of the era..."raise the roof, let's get out of this, my friend.."