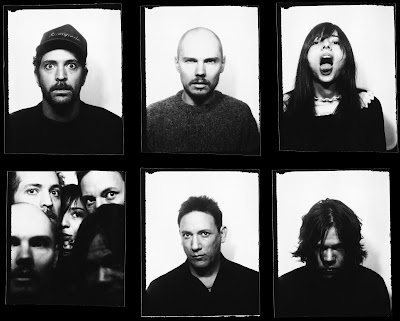 There is no shortage of good radio here in NZ, the BNet stations for example would all rank highly on a global standard of good radio, but a recent proliferation of online radio stations means that there is even more opportunity to streamline your listening tastes to suit any given mood. One such station, Strangeways Radio, will be of interest to indie fans as an alternative option, although 'indie' is too generic a description. Strangeways sounds British, partially because it is the name of a famous Mancunian prison, but also because much of the station's sound could be described as British - "dreampop, trip hop, Brit pop, shoegaze, electronica, indie pop, indie rock, post punk, dark wave, alt. classics" - the genre tag on the station's front page announces. Strangeways Radio is based in the USA, the brainchild of one DJ Mikey and is only 6 months old but is gaining traction fast with shows by the likes of Simon Raymonde (Cocteau Twins), Detroit indie legend Darren Revell and Matt Sebastian, founder of legendary college music blog 'Slicing Up Eyeballs.' Highly recommended...
Posted by Front Grill at 10:23 AM