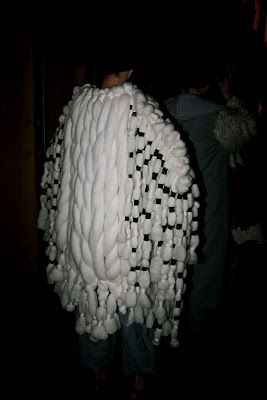 A Jessica Grubisa creation
All backstage photos by Matt Benns
When Whitecliffe's third year fashion student Jessica Grubisa designs a collection she always does so with one woman in her mind. This year, her fantastic collection entitled 'More Money, More Problems' was built around an "otherworldly glamourous 80's African queen," that basically, "jogged in Chanel." To accessorise her signature pieces Grubisa busts a move with high top fade afro headpieces and black full-face make-up, creating a classic hip-hop (think BDP, Schooly D) vibe entrenched in the mother continent. "The headpieces are my interpretation of a high-top fade - the birth of hip hop in the 1980's - everybody donned high, flat afros. I love this look and wanted to have a bit of fun with it," says Grubisa. 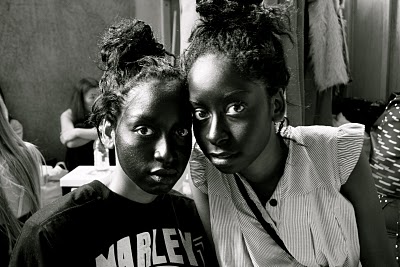 She also astutely interprets the classic dookie chain with her roped pieces, "the dookie chain was the largest status symbol chain worn by only the manliest of men in early 1980's hip hop. I love these chains and wanted to explore them in natural fibres with a primitive texture. I chose to work with raw wool and manipulate such a delicate material to look as heavy as a chain. I love playing around with gender roles and in this way I gave my woman the status." 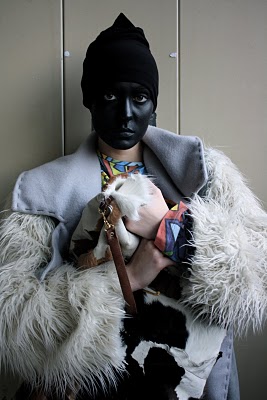 Central to the collection is a a colourful, graf style afro print created lovingly by Grubisa herself, "the print is my baby. Hours and hours of colouring led me to discover digital printing, a way I could create my own fabrics. The whole idea was to combine early graffiti and tribal Ndebele patterns to create something unique - that looked like I had taken a felt pen and drawn on the clothes. If you look closely at the patterns you can see my felt marks, the colours and style best represented the idea of 'fresh' to me." 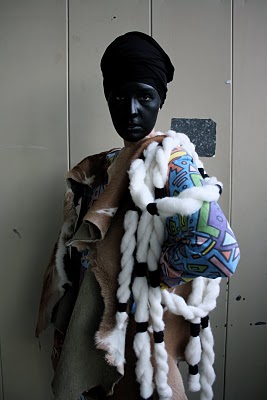 The Ndebele tribe of Central Africa also featured in her thinking when it came to the cowskin and fake fur pieces in the collection. Within the tribe, "when a man becomes a man they kill animals and don the skins around their necks, showing status and ranking tribe to tribe. The bigger the skin the bigger the man. I believe status for women, in a modern context, is handbags and shoes - usually the bigger the better - luxurious accessories that I believe share the same primitive connection. I wanted to explore this, and create bags and accessories that turned my girls into women." 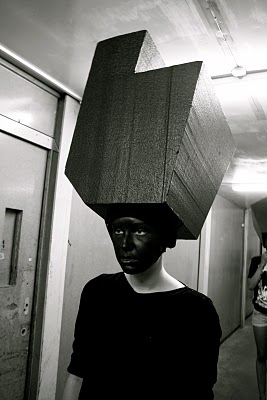 Jess worked on several shoots as assistant fashion editor in the current issue of Black and will definitely work on many more. Seeing this collection though, it is clear Grubisa (below) has a big future as a young NZ designer who thinks outside the square (sorry, no pun intended), has ideas and concepts for Africa (ditto) and is undeniably one to watch. 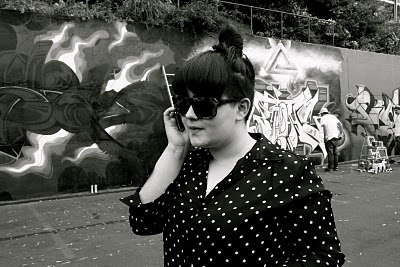