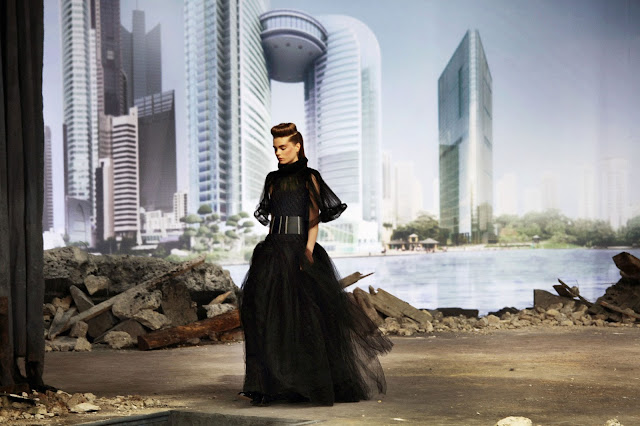 As the curtain parted, a brave new contemporary world dawned on the screen of the purpose-built crumbling, old world theatre created within the Grand Palais in Paris by Karl Lagerfeld, the world's great fashion visionary, for Chanel's Haute Couture FW 13/14 show. The juxtaposition between old and new, decay and extravagance perfectly captured by a couture collection that revisited elements of Lagerfeld's Metropolis-inspired collection of a couple of years back, yet the buildings in the background were contemporary, rather than futuristic yet-to-be -built creations and the metallic tweeds, beading, sequins and occasional evening dresses were classic old school couture. "It's the contrast between the old world and the new," Lagerfeld told reporters after the show. "Fashion is the only thing that can travel between both." Lagerfeld muse-of-the-moment, New Zealand model Ashleigh Good at RPD was again to the fore and the ubiquitous celebrity; Rihanna and Kristen Stewart over the two shows on this day, looked remarkably happy amongst the rubble, as did gorgeous supermodel Natalia Vodianova. David K Shields was there to capture it all for Black. 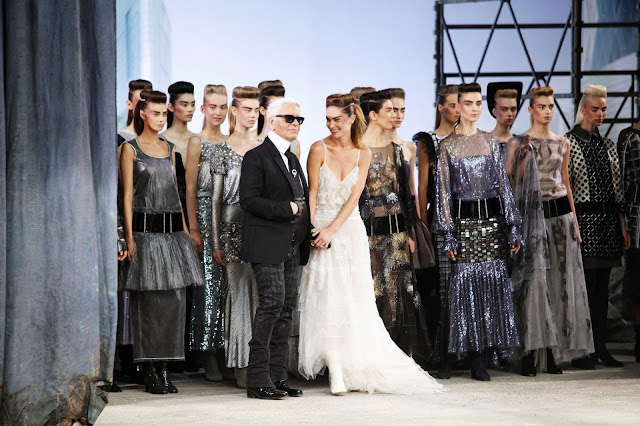 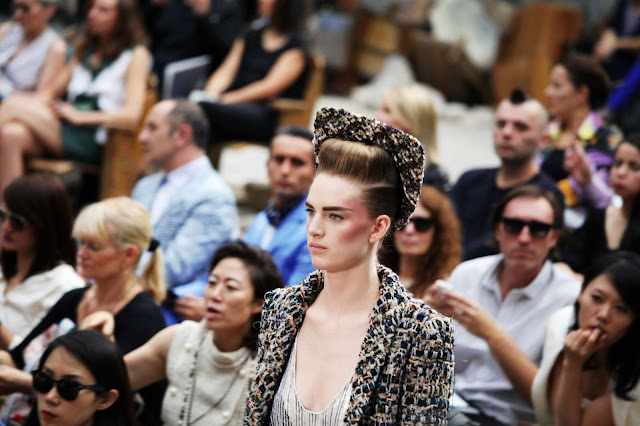 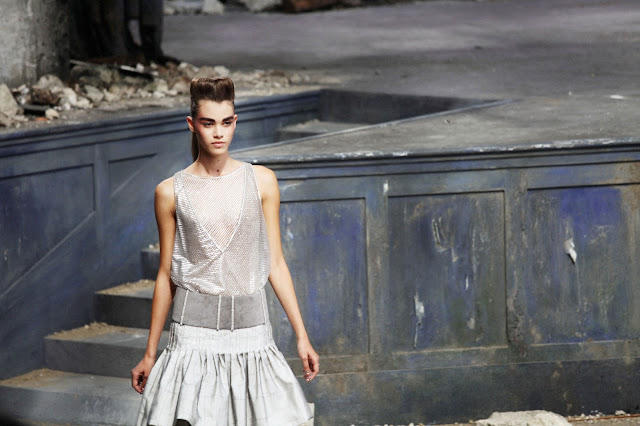 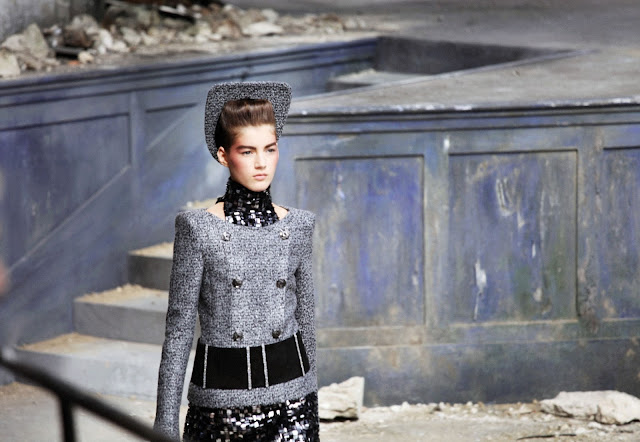 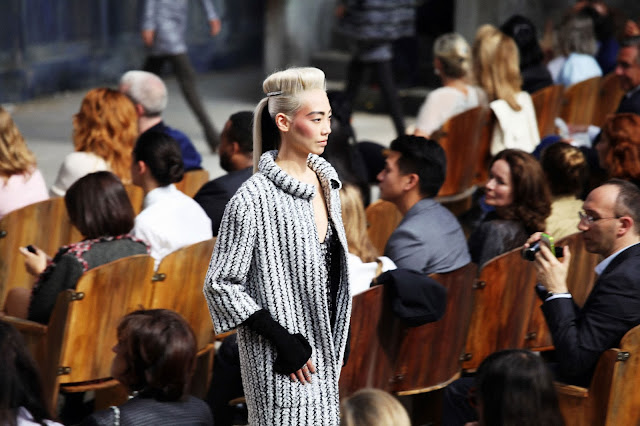 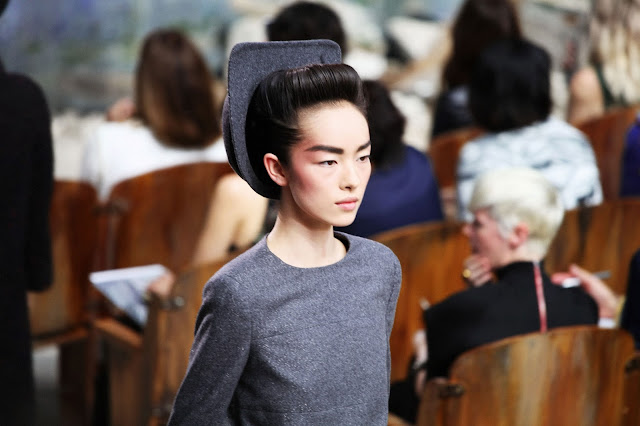 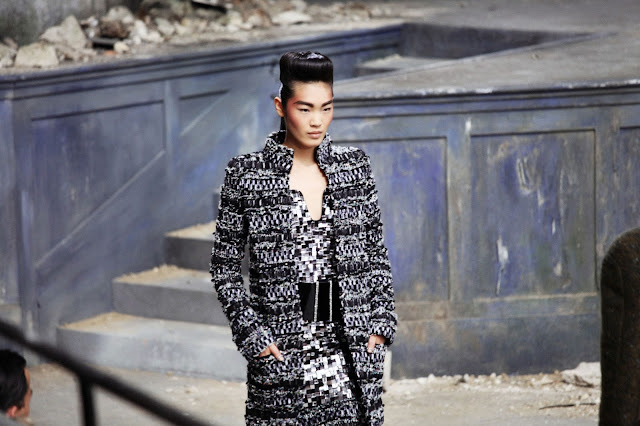 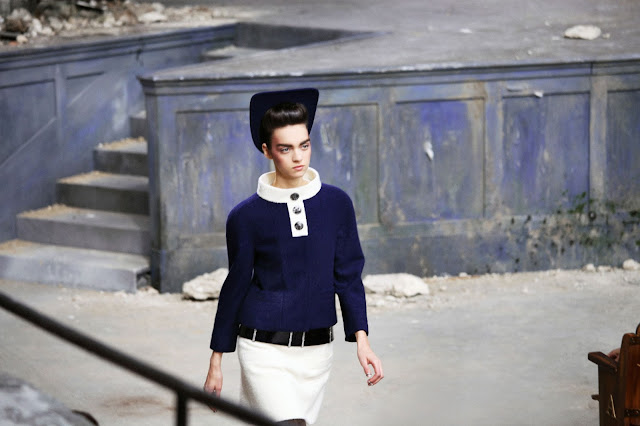 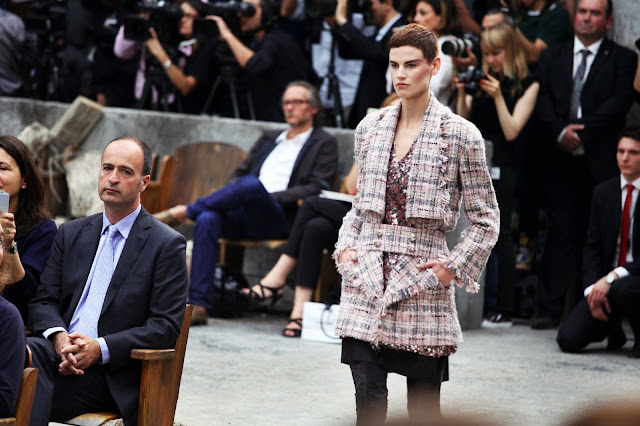 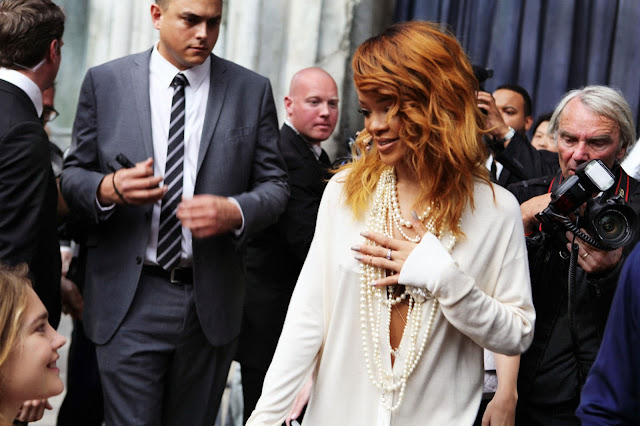 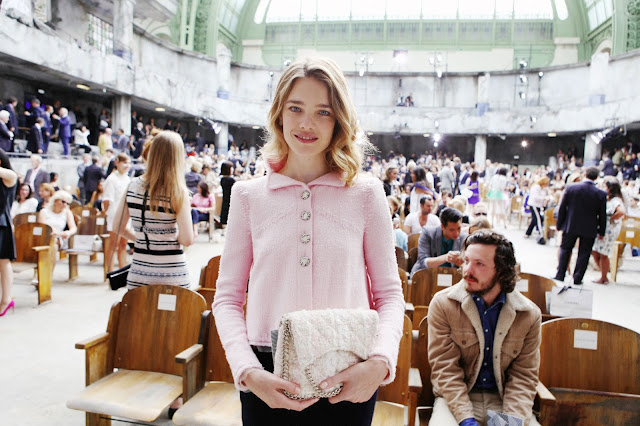 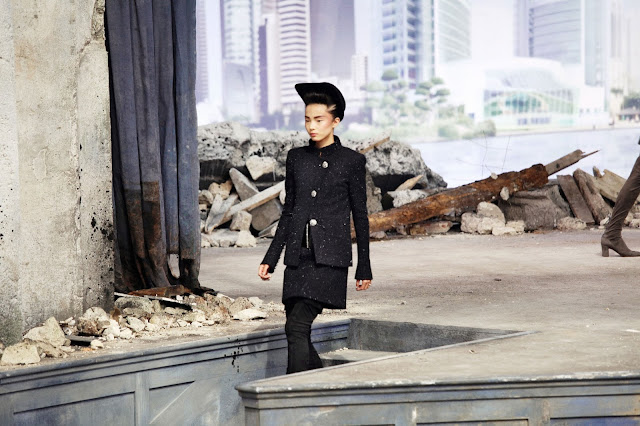 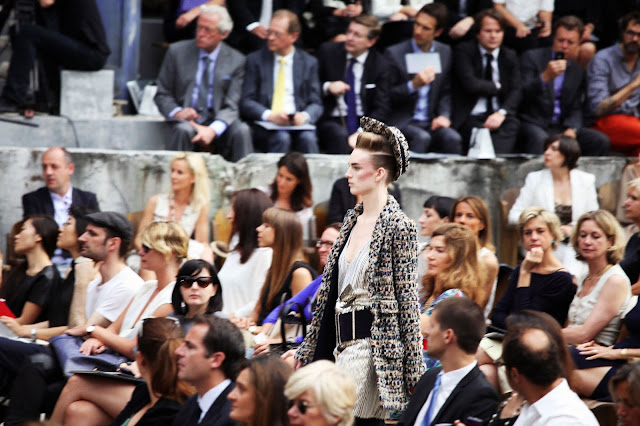 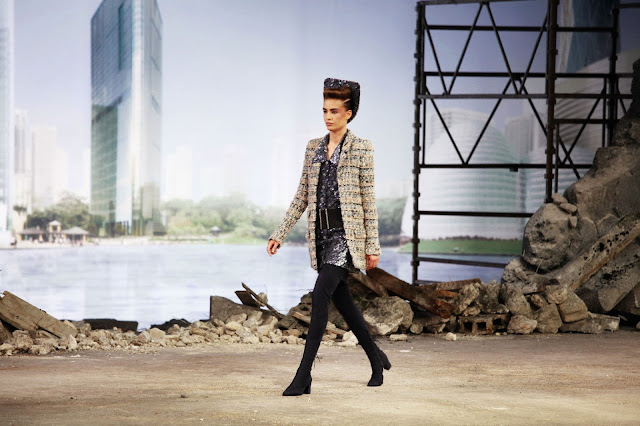 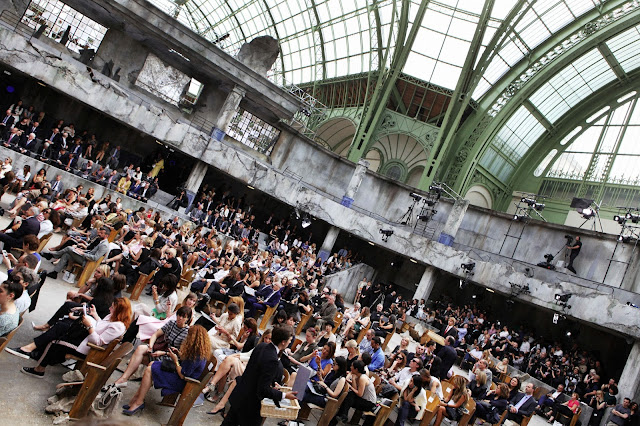 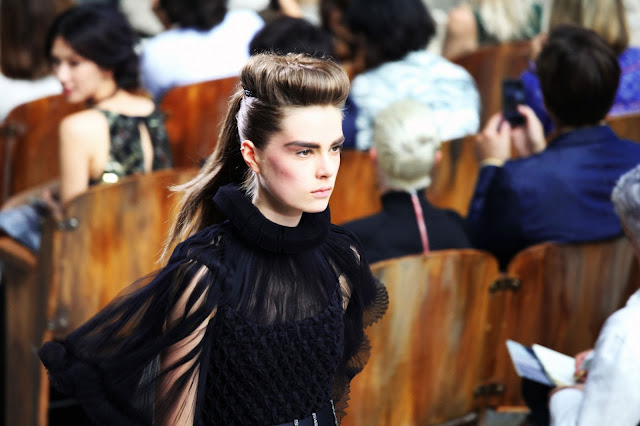 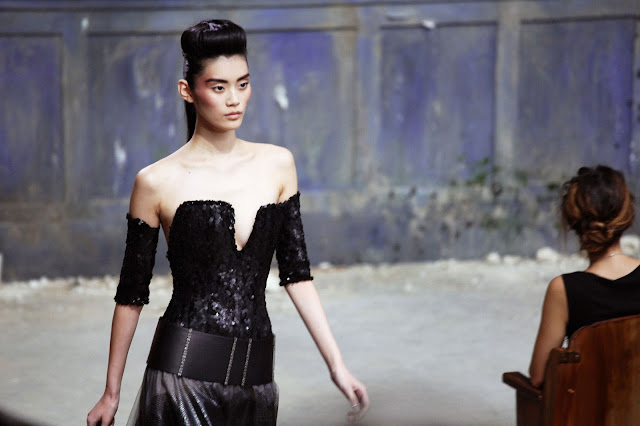 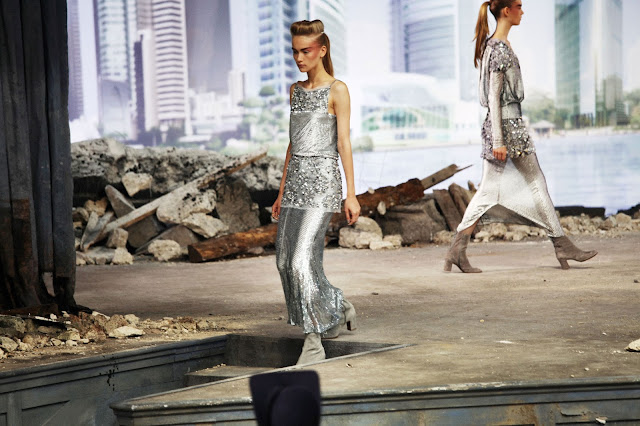 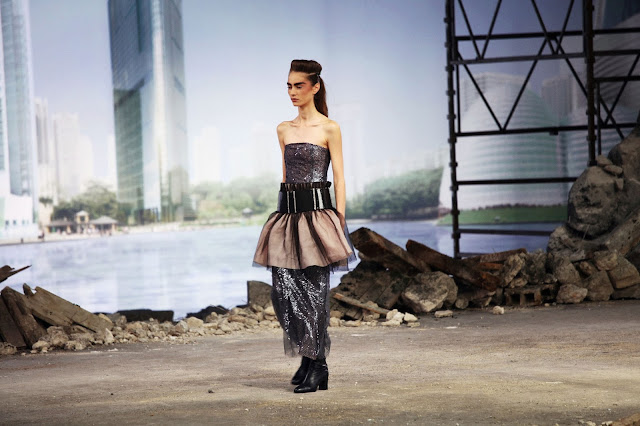 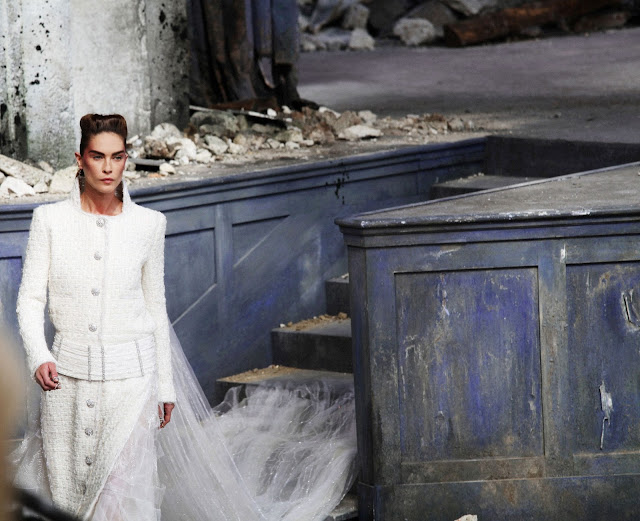 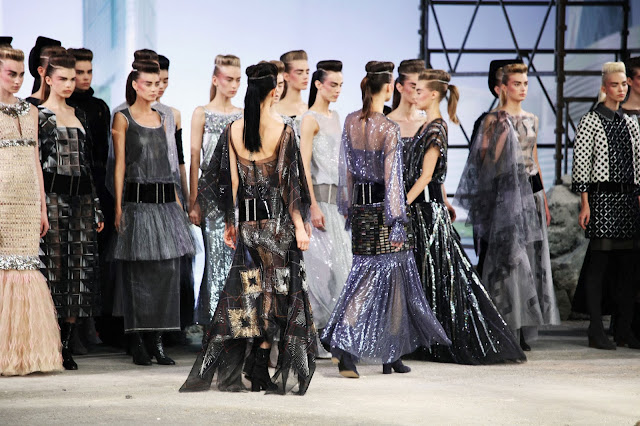 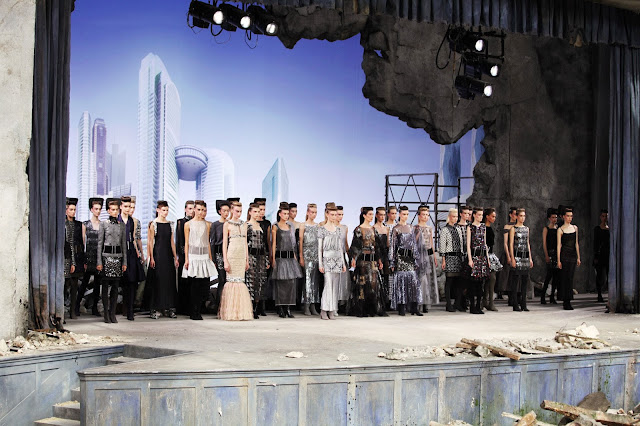 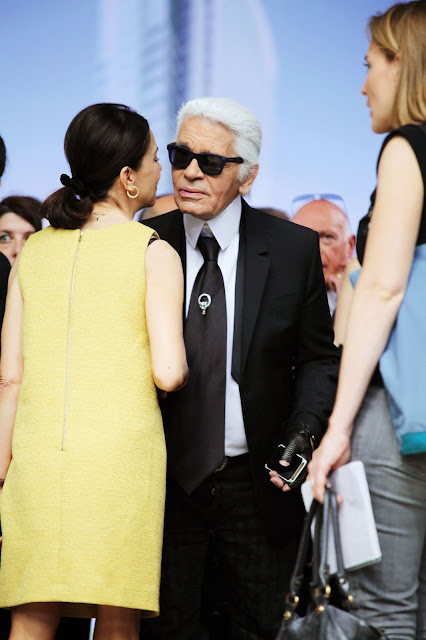 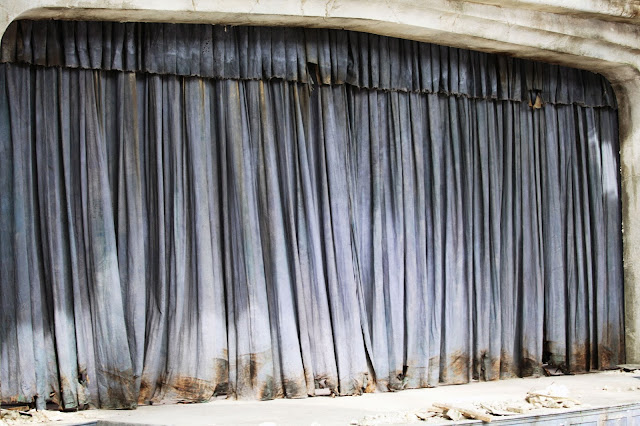