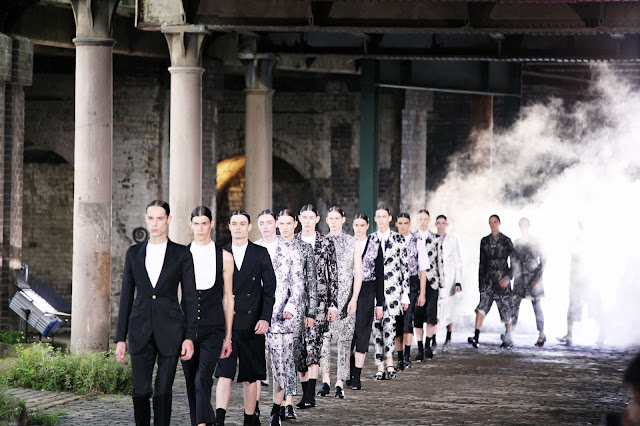 David K Shields has been firing through images of the shows he has attended on his Northern Hemisphere sojourn on behalf of Black Magazine. A highlight of his time at London Collections: Men was this Alexander McQueen Mens SS14 show. Set in the cobblestone and brick underworld of the arches behind Kings Cross, McQueen Creative Director Sarah Burton's collection was suitably delivered in a misty, almost Victorian environment with strong tailoring and a sense of past and present succinctly delivered. Frock coats, lace, brocades and Derby shoes ensured a sense of gentlemanly elegance common on the Ripperesque and murky streets of London at the turn of last Century sat perfectly with ultra modren cuts, silhouettes and tailoring. Next up, Ann Demeulemeester in Paris. 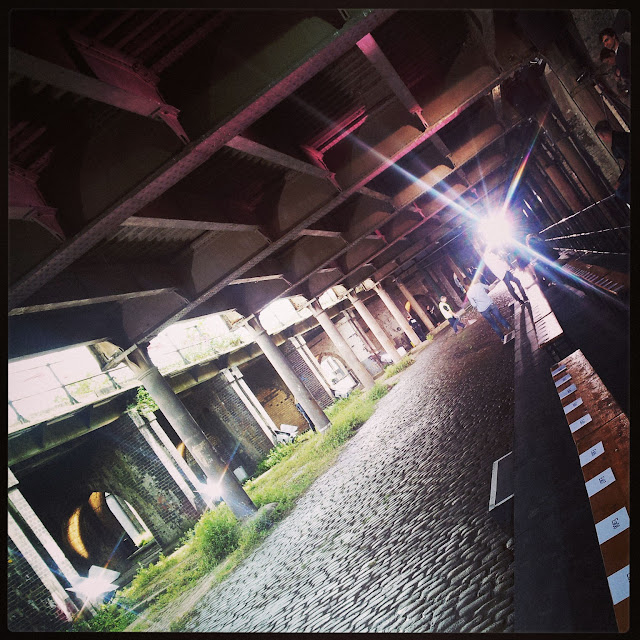 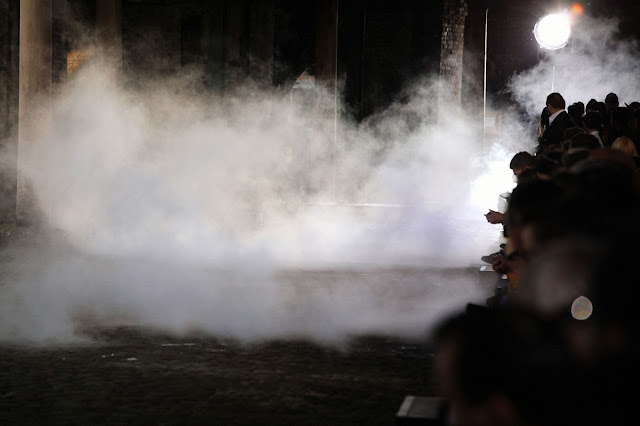 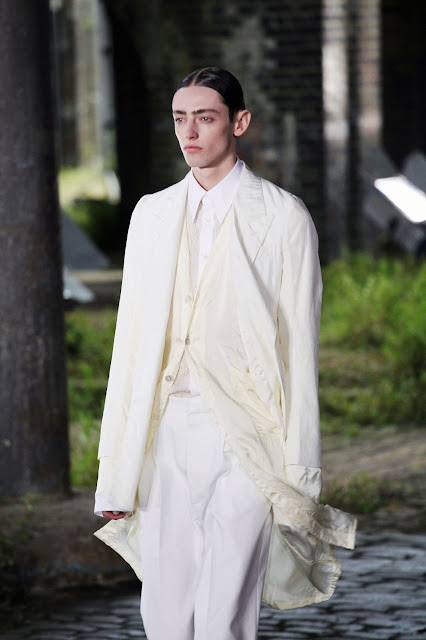 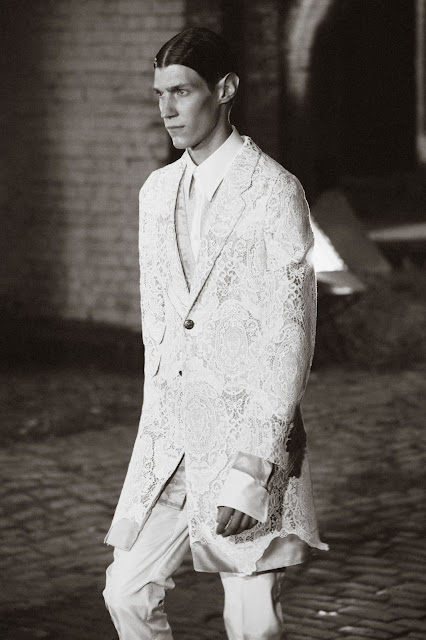 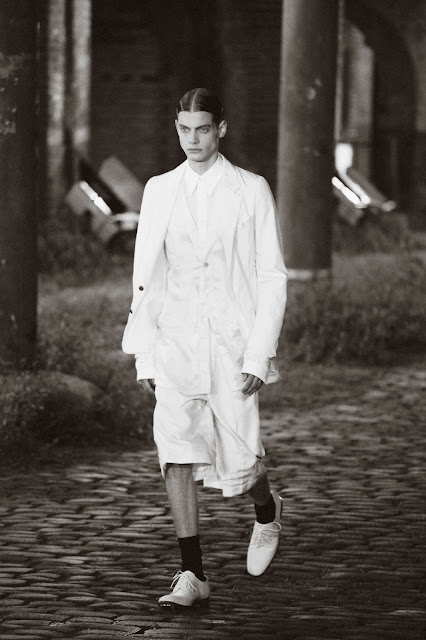 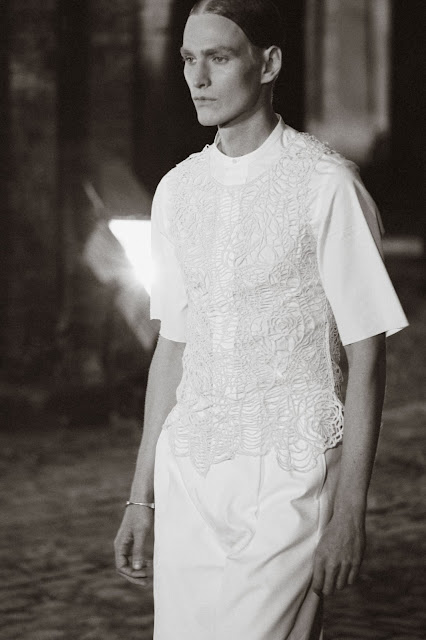 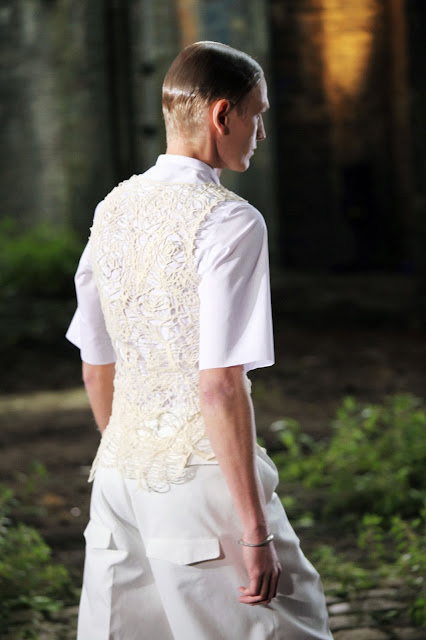 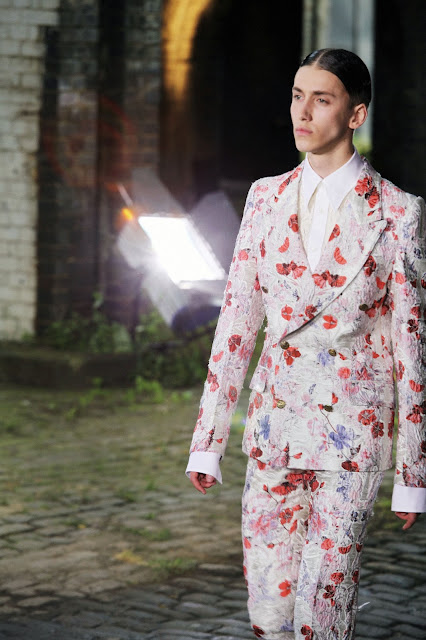 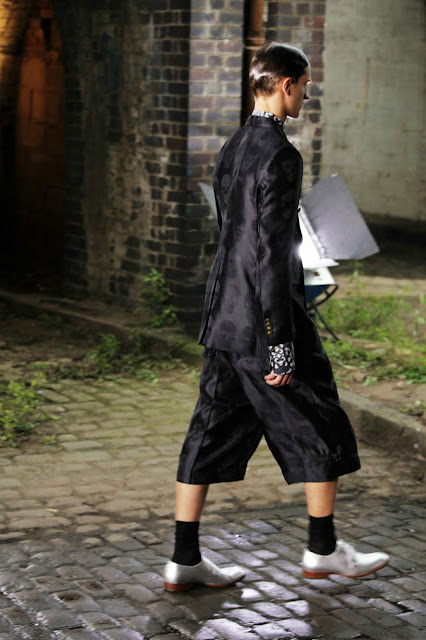 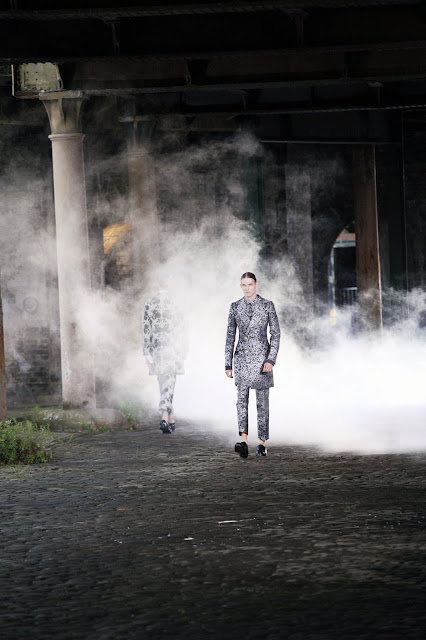 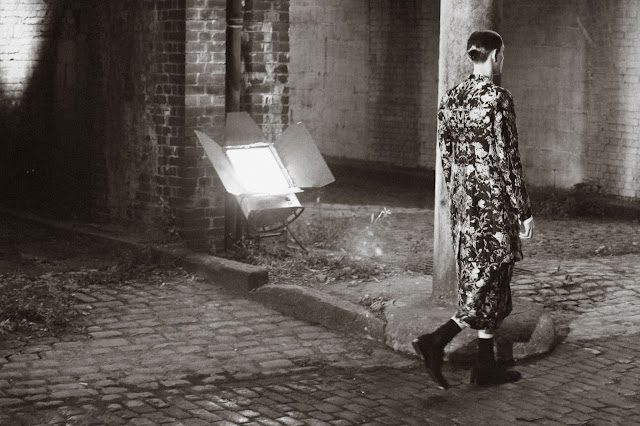 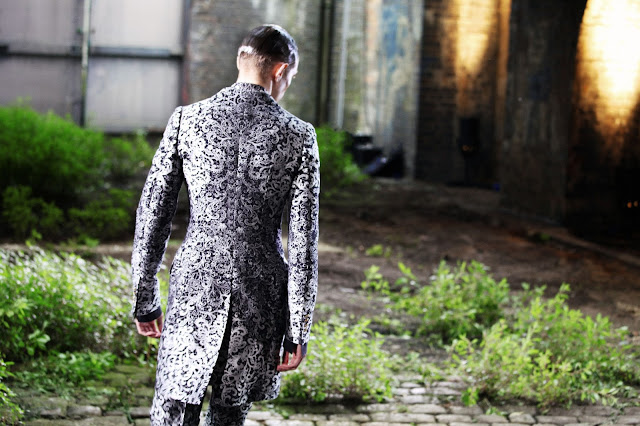 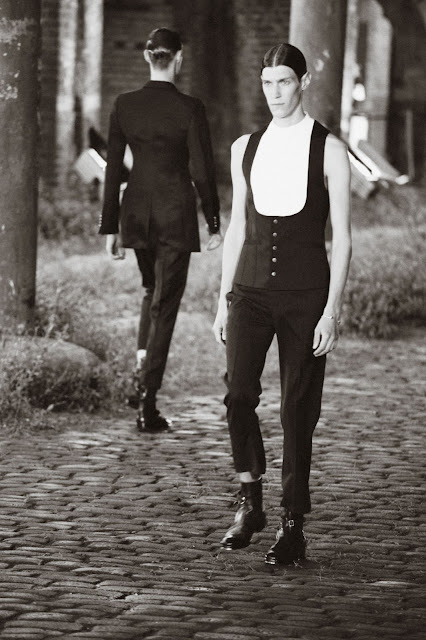 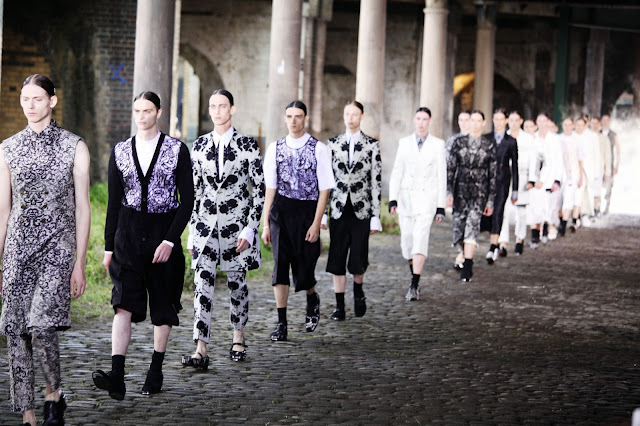 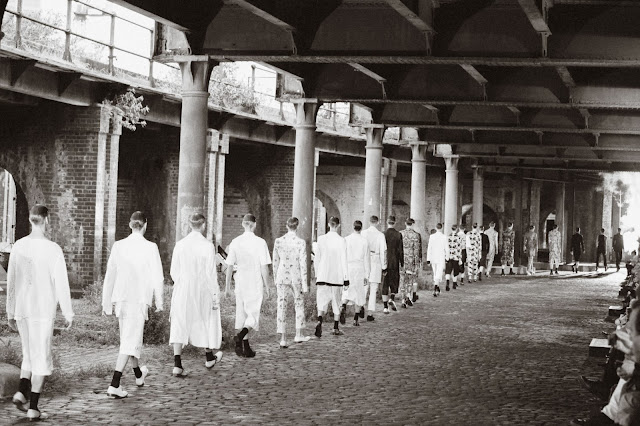 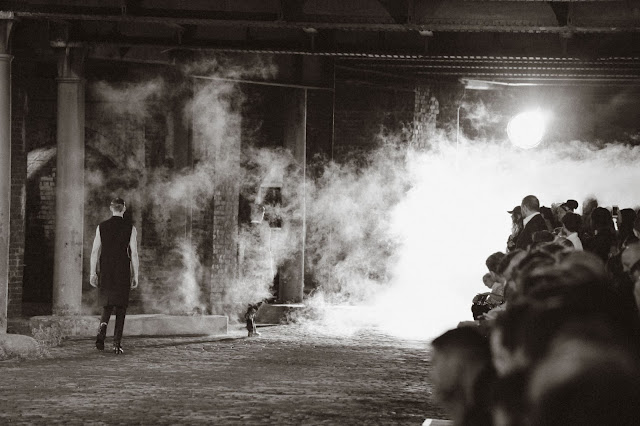 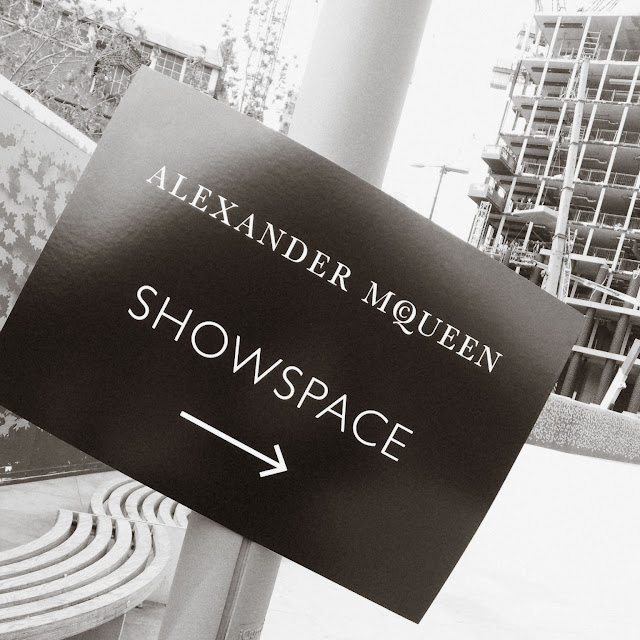