Our Russ On Make Me A Supermodel 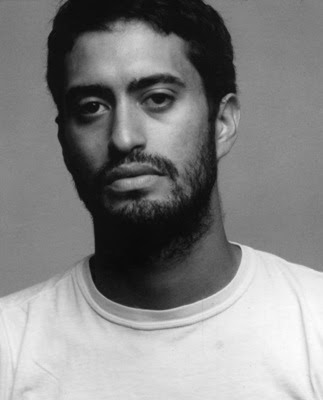 Last November we were shooting a twenty page men's shoot in the countryside at Mangawhai, North Auckland, when our photographer Russ Flatt received what seemed like an important call on his cellphone. After 10 minutes he got off the line with a wry smile on his face, looking quite content. "Who the hell was that?" we asked, somewhat nosily and inquisitive. "Someone from Make Me A Supermodel, a reality TV show in New York" he replied "they want to me to be the photographer on their next series." "Oh, yeah right we said, not knowing what "Make Me A Supermodel " was or why they'd want Russ Flatt, a NZ photographer. It wasn't until we watched the actual show on TV2 on Friday night that we realised just what the role entailed. Russ, resplendent in a stylish green jersey wasn't just a natural in his assumed position, he acted like a seasoned television professional, and to our unexpected amusement, did a great job of playing the power photographer bristling with Reality TV chutzpah. As Reality TV Magazine observed "Something about the men’s shoot isn’t quite right, but the pics are gorgeous as soon as Russ SHOOS Jay and Casey out of the frame. All of the girls manage to stay in the picture, but, according to Russ, “Katy had a problem focusing.” Russ really does have "shoo-ability" but we knew that. Obviously Tyra Banks and the show producers liked his style too, as Russ has now completed the same photographer role for the Aussie version of Make Me A Supermodel and is right now being lined up for a second series in New York. 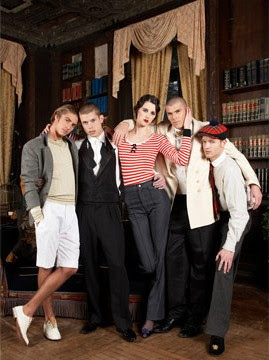 Russ, Ngati Hau, has spent 9 years living and working in New York as a fashion photographer before returning to Aotearoa to care for his unwell Mum a couple of years ago.With a solid background in the Big Apple, it is not surprising that he seemed to fit in so well with the show. Either way, we here at Black, are still very impressed, and rather proud...of our cuzzy clicker....
Posted by Front Grill at 2:49 PM