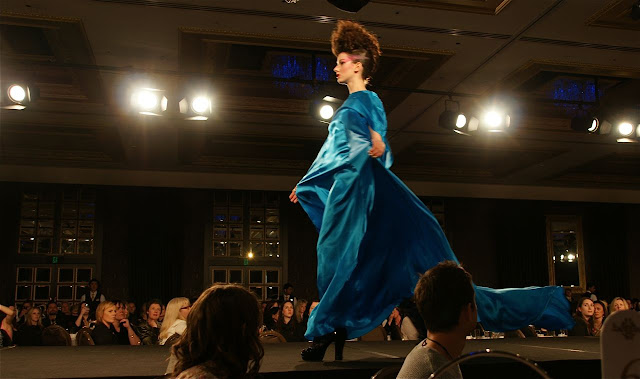 World flowing like the September winds
Come Wednesday morning we were very keen to catch Ruby and even made the effort to get up early at Muriwai but time, traffic and a bunch of phone calls about the impending Huffer show transpired against us making it in time. More Huffer pre-prod meant that we weren't able to make it down for Jimmy D, although from all accounts it was a great collection for the young designer. 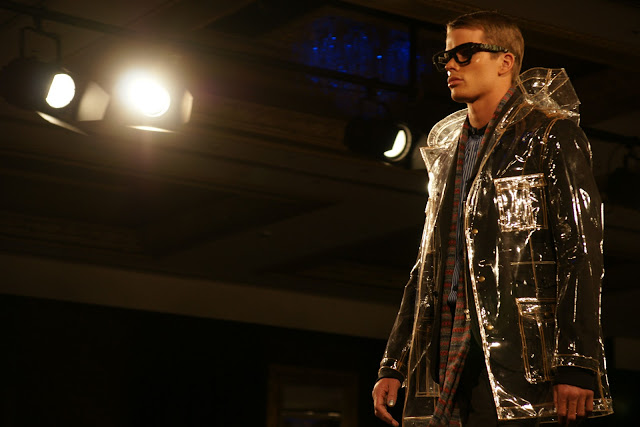 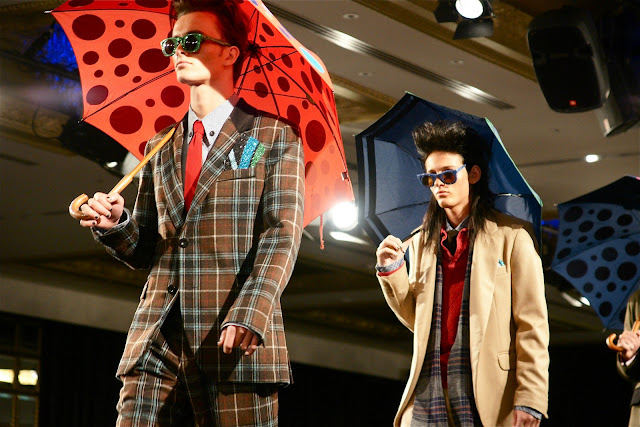 The weather forecast according to World 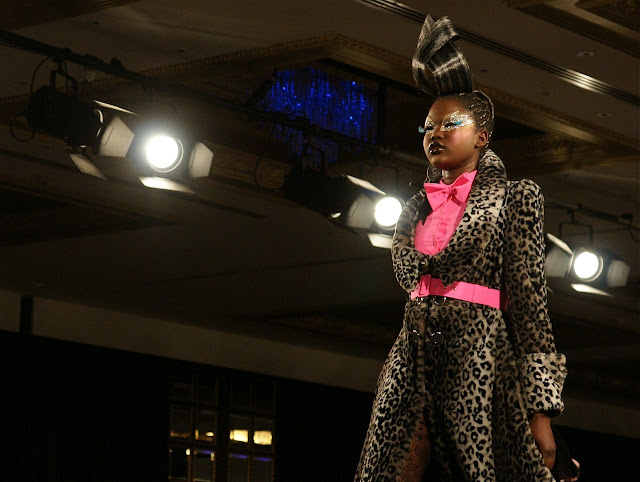 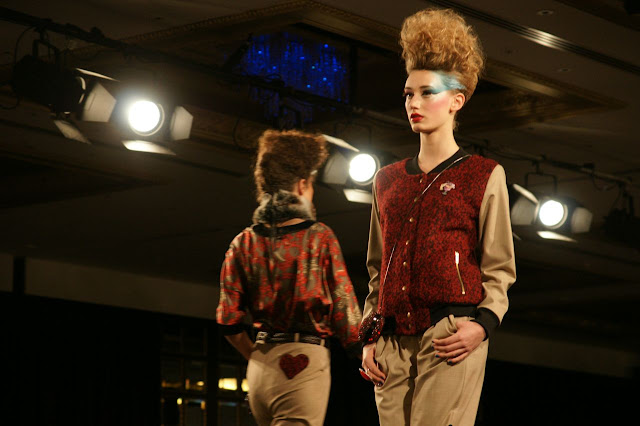 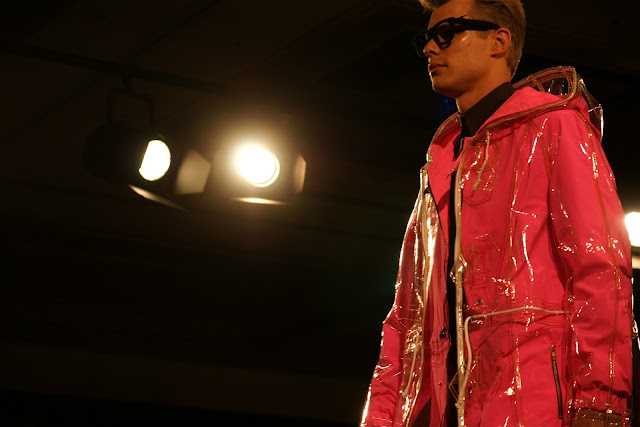 We did make it along to World however at the Great Room of the Langham Hotel. What a perfect venue for World with its faux chandelier lights, classic round conference tables and high tea/champagne waiter service. We were sat at the same table as John Banks and his wife which was a first for sure and possibly a last. It was great to see World showing again as NZ fashion needs the label's extravagance and flamboyancy. Utilising yet another raised catwalk (surely they are not back in fashion?) World didn't disappoint with more brash colour, flowing, fizzing, and glittering than fans could hope for. It may have been something to do with the horrendous weather we experienced in September but World had such inclemency covered with shiny, transparent men's rain coats, polka dot umbrellas and enough sunshine colours to light the drowsiest of days. There were some classic World styling moments with too-large heels adorned in fur, woollen bow-ties and even fur-framed glasses. Classic World. 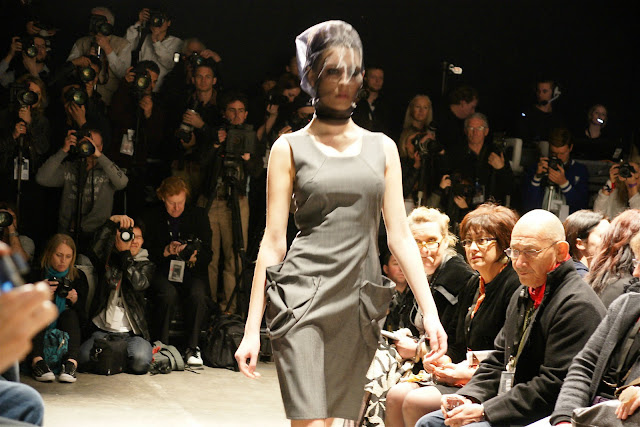 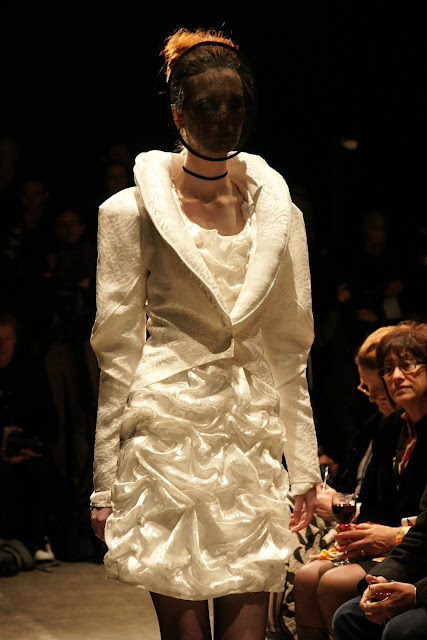 After World, it was down to Halsey Street to catch Alexandra Owen. Quirky quilted pieces were ubiquitous. Ruffles, ruching and a series of scoop-collared jackets with signature Owen tailoring ensured the on-going hype about this emerging local designer will continue. A special mention must go to the stylist who created head pieces that enclosed the models in sheer fabric and put others behind pretty masks seemingly inspired by fencing. An assured step forward. 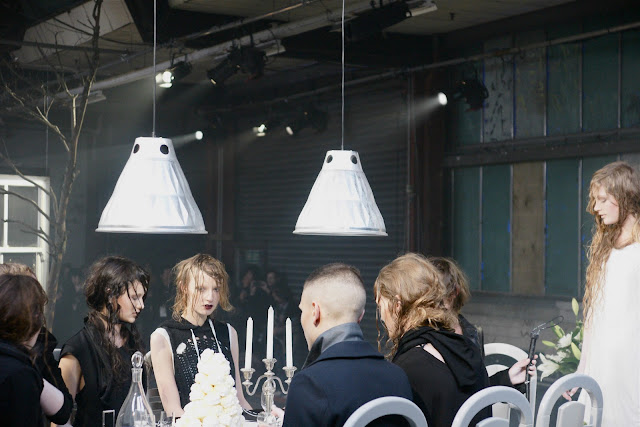 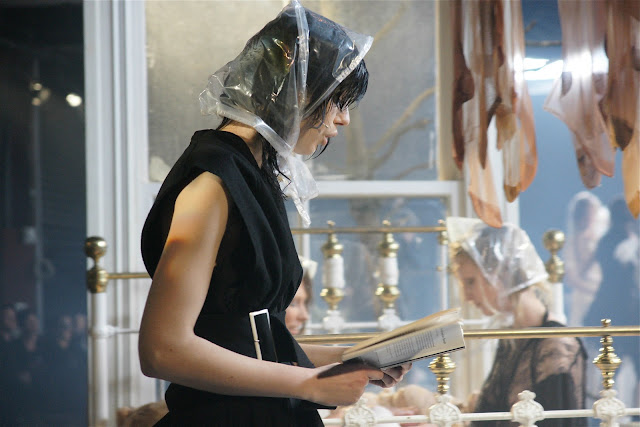 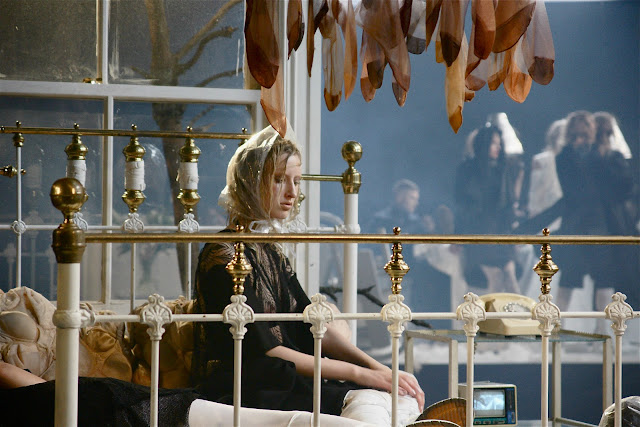 Back to the MAC/ghd room for a glass of Soho before making our way to Nom D. Set in the adjoining building to the Zambesi show the previous night, this was however, an entirely different deal. Installations are not new to the world of fashion and notoriously difficult to pull off. Pull it off they did. Wrecked cars, brass beds and a dinner party environment set the scene for the models to do what many of them probably secretly want to do - act. Dressed in a puffed-up leather ensemble and battered spaghetti western hat, beautiful Auckland singer Rebekah Davies' ethereal singing was a high point of any NZ fashion week to date, Avril Planqueel's French reading, perfect, and a mix of pashing girls, dominatrix performance and Karen Inderbitzen-Waller's fantastic styling offered much to the occasion. Given the limited opportunity for rehearsals that fashion week's schedule affords, it would not have been easy to choreograph and direct this show. Overall it was a bold decision and congrats must go out to Margi and the crew for taking a risk, mixing art with fashion and injecting something totally different into fashion week. 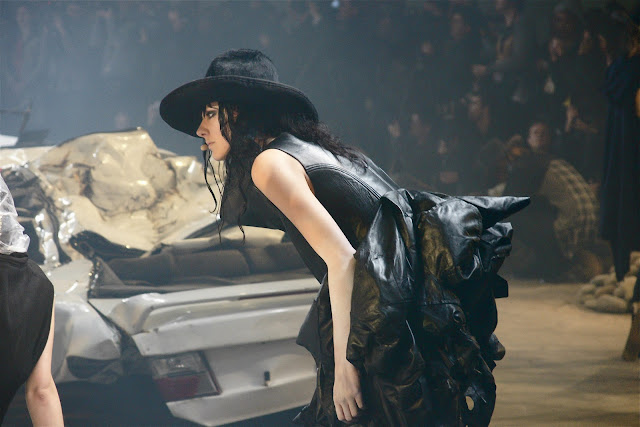