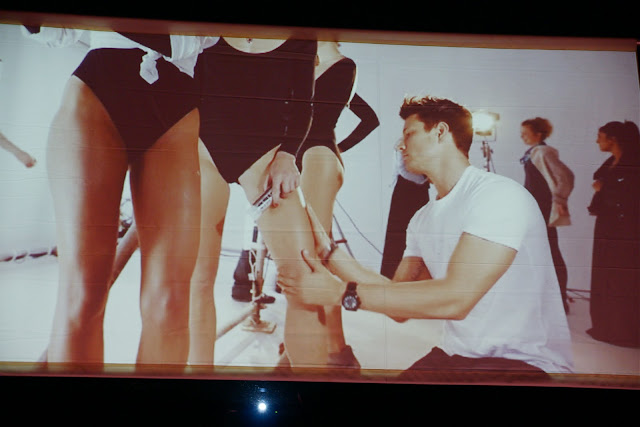 Video shot at Kathryn Wilson show
Okey dokey, we've been pretty slack on the blogging front over FW partly because we are on deadline, partly because we put a lot of time and effort into the Huffer show and partly because we'd rather blog about the week as a whole. We didn't get to see anywhere near as many shows as we would have liked but we did see a few. So here we go, these were our highlights of the week starting with Tuesday: 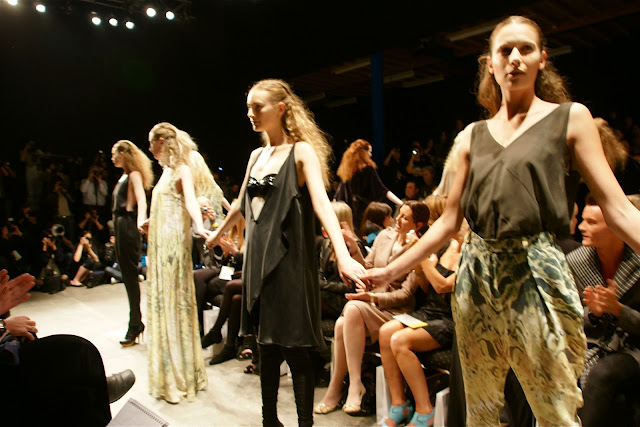 Hands across the catwalk at Cybele
Popped down to Cybele on site. A large wooden effigy/totem akin to the Burning Man stationed at the end of the runway lent a pagan tone to the room for a collection entitled Nieriya. A mix of bustier belts and bras mixed neatly with printed singlets and dresses, silk fringes, knits, jodphurs and a series of hoods added to the pagan mysteriousness of the show. Cybele is going from strength to strength each year, and with a uniformity that was personified by the models linking hands around the catwalk during the finale. 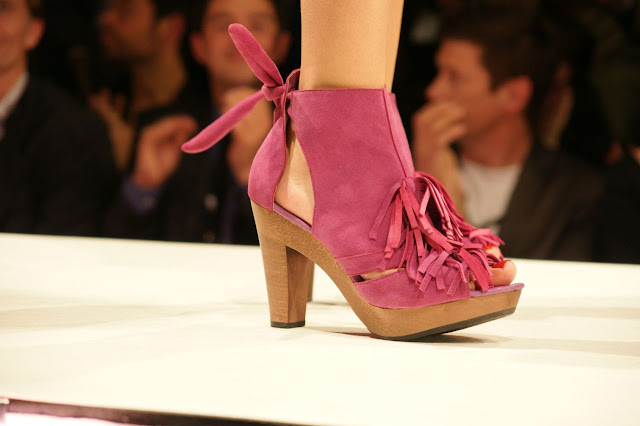 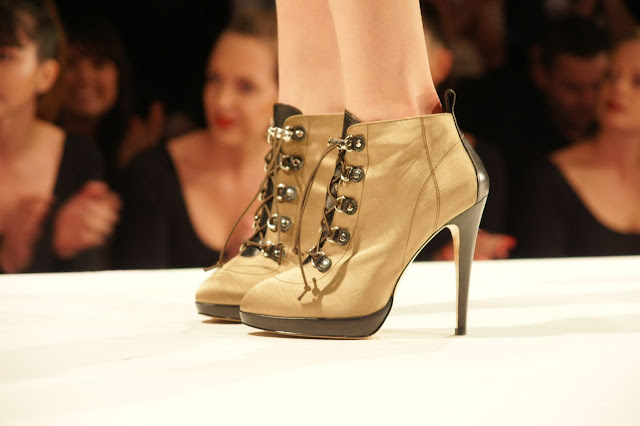 In your face footwear at Kathryn Wilson
After a quick glass of the fabulous Soho Pinot in the annually fantastic MAC/ghd room it was off to the main tent to catch a first for New Zealand fashion week, or perhaps NZ fashion in general, a shoe show - and a big one at that! Kathryn Wilson's debut was highly anticipated by the many friends and fans of the local shoe queen and she delivered a show built fairly and squarely around eighties gloss, and more exactly Robert Palmer's famous multi-guitar-playing-model video. Leotard-wearing, ponytail-swinging hot chicks strutted down a raised catwalk. For Kathryn it was really all about the shoes and the new range, visible close-up, was a party to match the bust-a-move 80's show music with bold, bright colours everywhere and plenty of bling - including a collaboration with jeweller Boh Runga. Brilliant to see a shoe designer showing and loved the video intro which timed up perfectly with the arrival of the first model. 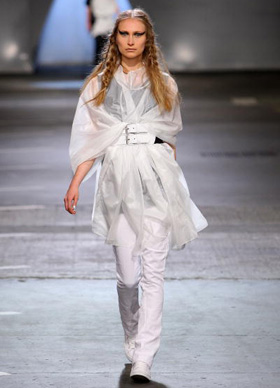 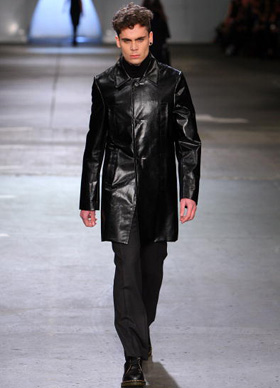 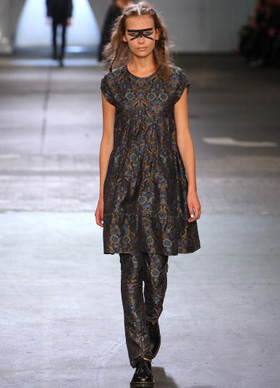 Zambesi 2010. Images: MSN
A quick dinner with the wonderful Jodie Matthews, M.A.C Australasia supremo, and it was off to Zambesi in one of the sheds at Rhubarb Lane, as it is soon to be known. What a shame these beautiful-for-fashion-and-art buildings will soon be no longer. Zambesi as usual was big, powerful and strong. The massive runway framed some fine silhouettes as they ghosted up and down to the effortlessly obscure strains of Sophie Findlay's show music. Standouts in the women's range included woollen dresses and college bomber jackets, shiny, oily fabric leggings and dresses - and some great casual-for-Zambesi oversized sweats. The men's range featured the classic tailoring that we are increasingly attracted to under the auspices of Dayne Johnston, great pea-coats (yes, the more the merrier as a winter staple) and a fab painted cotton coat. Zambesi, great since 1979.
Posted by Front Grill at 12:21 PM