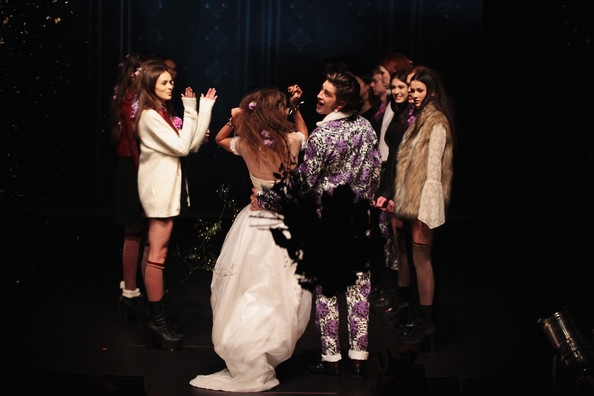 Last Thursday Night's Party with SGC: Photo - Hannah Johnston
Thursday started off with Twenty-Seven Names on site with a collection called 'The Fearsome Five,' although the 'Fearsome Twenty-Seven' would have been just as apt. High school was the overall impression but not High School Musical or Glee, more the Shannon Doherty/Tori Spelling incarnation from the 90's version of Hollywood 90210 replete with college jackets and blazers, school bags and white school socks. 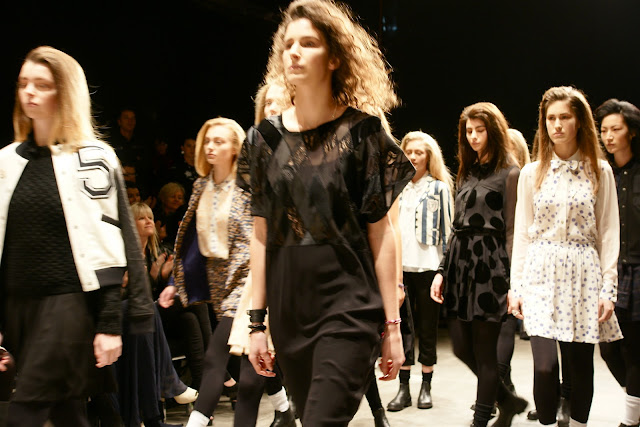 The girl gang at Twenty-Seven Names
Pretty dresses, a hallmark of the Wellington duo, were ubiquitous in two-tone polka dot, a cute heart/cherry print and a multi-shade diamond print that matched the polka dot vibe. Many of the blazers were finished with  classic school blazer trim and the finale, with the girls storming down the runway en masse, felt more than a little reminiscent of the girl gang in Heathers. Twenty-Seven Names are creating a perfect niche for themselves that obviously connects with their growing legion of fans but also has considerable international potential. The after-party looked like a lot of fun too. 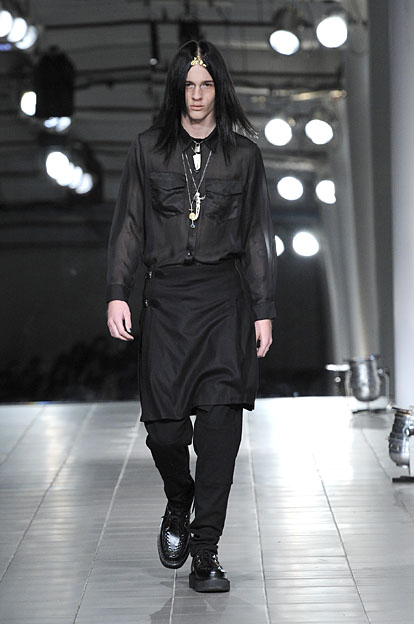 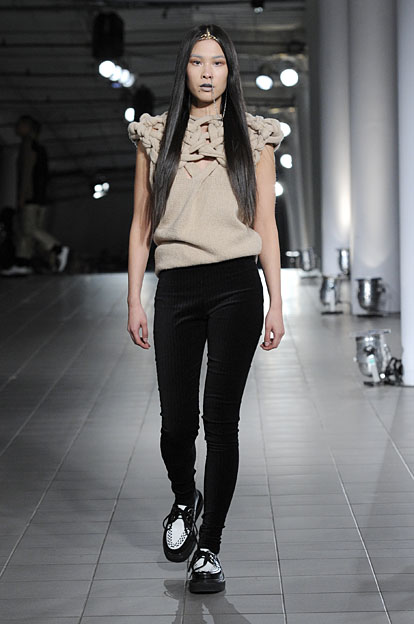 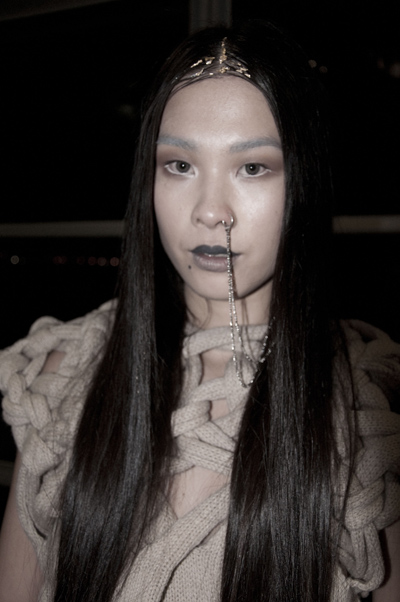 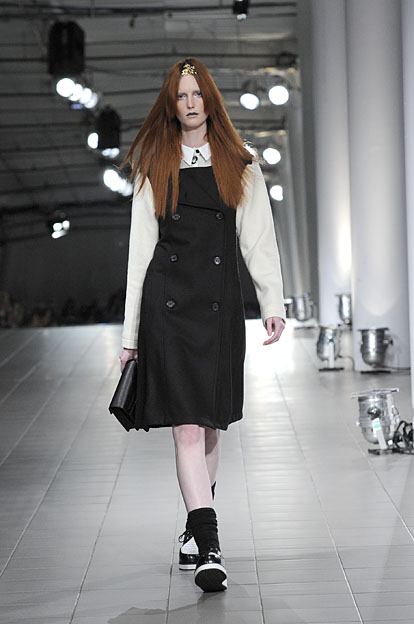 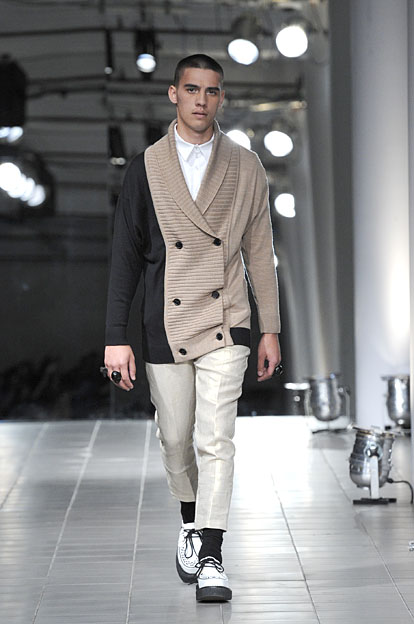 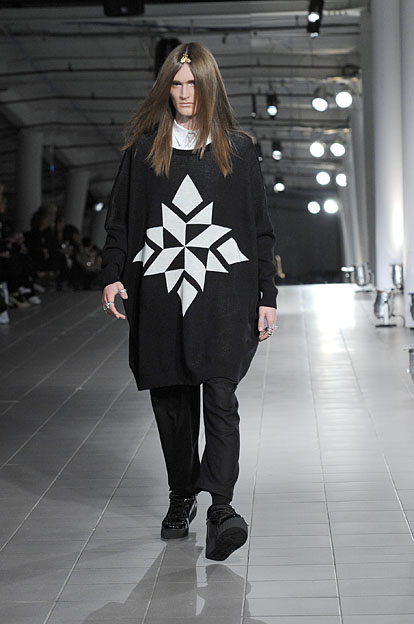 The rest of the day was spent fine-tuning things at Huffer with Rach and Atip W before going to the off-site Salasai show at the Hilton Hotel. We've missed Salasai in previous years but have become increasingly excited about Kirsha Whitcher's design talents. The Hawkes Bay native's vision for the range was an interesting amalgam of symmetry, fifties chic, gothic splendour and well tailored everyday must-have's. Kirsha had a great crew together for the show, it was beautifully styled by Dan Ahwa,  the hair concepts by Lauren Gunn were the boldest of the week, make-up by the MAC crew superb and the jewellery of Nick Von K, stunning. The casting was also strong and it was good to see Hunter McLeod, the winner of Fashion Week's new talent comp get a run, he did well. Overall Salasai was an eye-opener, the show was a cohesive and exciting statement of Whitcher's talents and a massive step toward the upper echelon of current New Zealand designers. Not so much one to watch as one to follow. 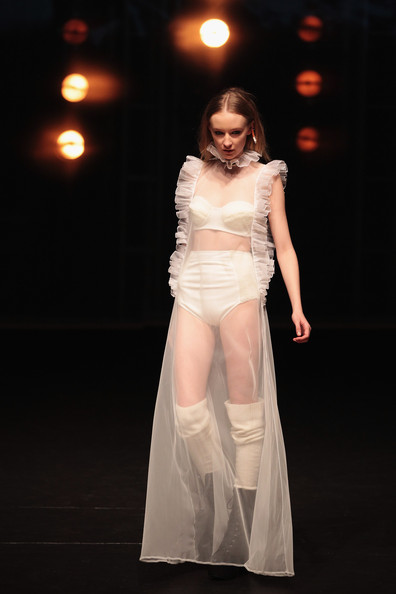 Above and below: Stolen Girlfriends
all images; Hannah Johnston 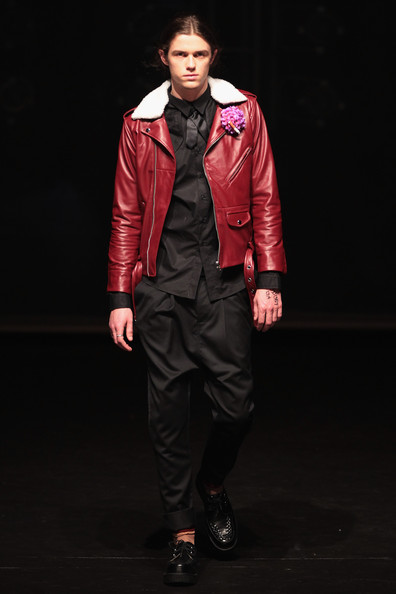 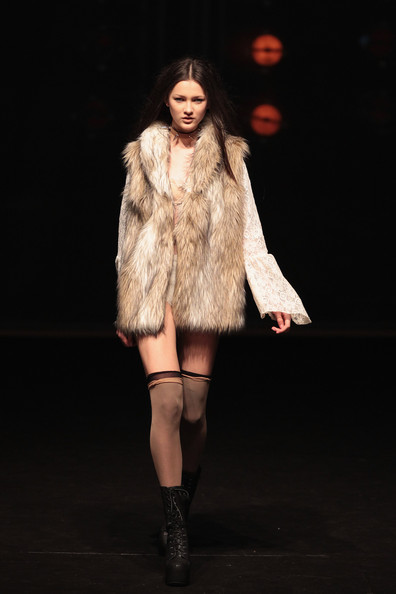 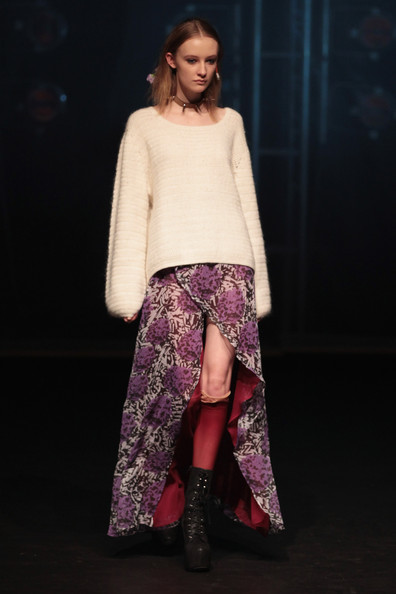 We'd heard that Stolen Girlfriends was over-invited and it was best to get up there quick so we grabbed Atip and raced up to the Mercury Theatre for the much anticipated show by the Stolen generation. Turns out we were early so we hung out with Michael Whittaker and his brother Steve supping Kim Crawford out of the signature Stolen jam jars. Once finally seated the magnificence of the old theatre itself created a great sense of occasion and as the lights went down a bunch of whooping ensued, Stolen Girlfriends fans are passionate souls. The collection entitled 'Last Night's Party' was entirely different from their previous collections which is one of the things we love about the Auckland trio, always different, always conceptual, always thinking. A hydrangea and cigarette print (only SGC would think of that) spread itself across a number of garments including Vinnie Woolston's final groom outfit. Fur made an appearance notably in a sleeveless ensemble that Pebbles and Bam Bam would have happily rocked down to the bowling alley and the raft of knitwear that appeared in creams and whites was classy and wearable. Standout items included a red leather jacket with a white collar, maroon velvet trousers and the white hoop-front dress worn by the 'bride' at the end. Zara Mirken styled the show beautifully, Greg Murrell and the team at Ryder created hair that was 'office out front and party up the back" and the MAC team again delivered. A great show and this could well be Stolen Girlfriends best selling range yet. 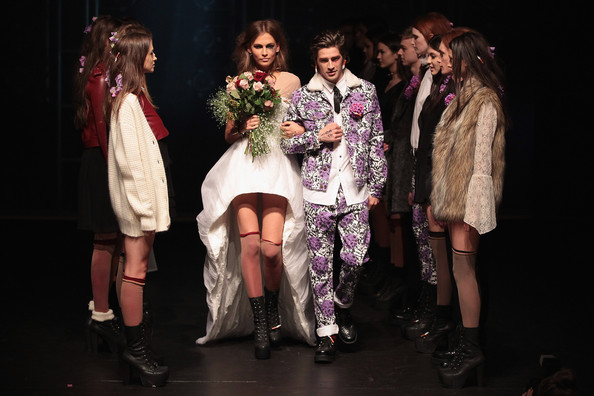