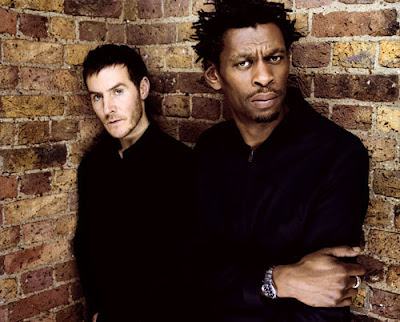 On Monday Bristol's favourite sons Massive Attack will release their fifth album Heligoland. Since 1991's Blue Lines announced the arrival of trip-hop, and to a greater degree downbeat, Massive Attack have consistently delivered music to soothe, groove and move their ever-increasing raft of fans - although it can be a while between albums. Whilst Blue Lines is considered by many to be one of the greatest, or at least most influential albums of all time, the albums to follow that masterpiece; Protection and Mezzanine were simply considered great albums. 2003's The 100th Window suggested the band were on a natural slope toward er, maturity... so the fact that Heligoland is arriving on Monday with an advance guard bass flutter of approval from the global hacks that have been lucky enough to hear it, suggests a return to form. 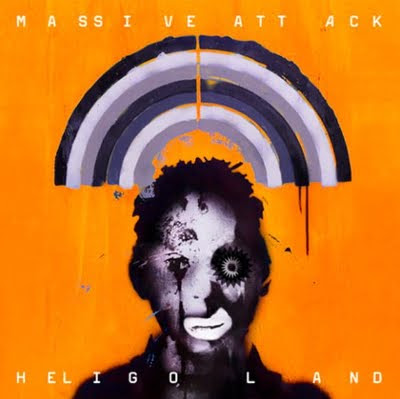 The first single from the album features the utterly unique voice of Hope Sandoval of Mazzy Starr fame. Entitled Paradise Circus, it's a sultry tune that falls sweetly into Protection territory. Sandoval in her stoned and husky drawl sounds like she has climbed inside the song and is having a wee lie down, and as usual there's oodles of space between the bass. Fittingly, for a band who featured an erotic dancer's routine to accompany Be Thankful For What You've Got the new single is accompanied by a video which is even more likely to NOT get played on mainstream TV. Directed by Toby Dye it's a video classic that is inter cut with an interview with Georgina Spelving, star of The Devil In Miss Jones - one of the seventies most famous skin flicks. A contemporary Georgina talks to camera about the film over excerpts from the film itself, and it's perfect meld of music and image. It won't be seen on TV too often so here it is at Massive Attack's blog - and they recommend it is for over 18s only.
Roll on Monday.
Posted by Front Grill at 2:01 PM