Down The Stone's Way 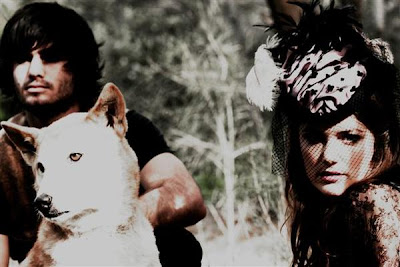 "The songs have been written all over the place...in stormy corners of backstage rooms and rusty windows of old hotels in sleepy towns" say the Sydney based brother and sister duo Angus & Julia Stone. Affectionately known as "The Stones" the duo have been one of our favourite Australian acts since 2007's A Book Like This; a sublime collection of melody, harmony and acoustic loveliness. So when a package turned up this week with the new album Down The Way inside, it went straight into the drive and it has stayed there. They say the second album is always difficult (the band produced two EPs earlier; Chocolate and Cigarettes and Heart Full Of Wine) but Down The Way is simply difficult to ignore.
Mature, emotional song-writing, superb production and an undeniable sibling chemistry creates a solid platform, but it's the pair's singing which lifts the album to another level. Although the writing and recording of the album was literally a voyage (from an old sawmill in Golant, Cornwall to New York to Coolangatta, Australia) it is a seamless affair from start to finish with Hold On, Black Crow and Julia Stone's husky vocal on And The Boys and Walk It Off emerging as early favourites. Angus's palpable vocal on Draw Your Swords will strike a chord with fans of Lee Hazelwood and Grant Lee Buffalo among others.
Down The Way is due to be released in March.
Posted by Front Grill at 3:10 PM