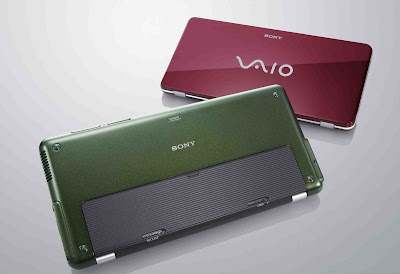 OK. Time for some unabashed gadget-gushing!

Just as you may be a glass half full or glass half empty person, so may you be a Mac person or a PC person. For many years the PC geeks guffawed at Apple's perceived slowness and lack of processing power. For just as many years Mac users didn't care. PC? What's that? Pathetic Computer? Poor Cousin? Petty Crime? In recent years the difference between the two platforms has narrowed to the degree that both seem to have each other's attributes. However, in the field of design, user-friendliness, and sheer cool factor Apple has tended to lead the way. Until now.

The Sony VAIO P Series is, at 8 inches, pocket-size - yet bigger than the plethora of hand-held/mobile devices, and let's face it there are Blackberrys and IPhones everywhere to do that job. No the lovely P Series is big enough to be a laptop or notebook but small enough to slip into your jacket's inside pocket. It has all the bells and whistles, Sony's cross-media connectivity and it looks hot.