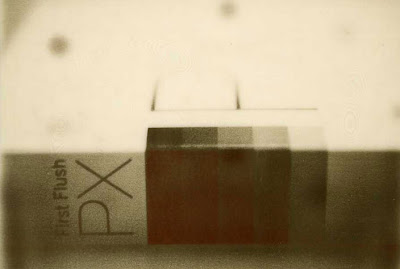 Kia ora, apologies for the lack of posting in the past couple of weeks. We've just come off the back of an extensive shoot schedule for Black 12 - the largest New Zealand fashion component we have yet had in Black - and on top of that we've had computer meltdowns and the attendant new computer transfers to deal with this week. But that's all behind us now.
This week, some great news from the wonderful Impossible Project. Despite some technical and logisitical hurdles The Impossible Project launched the first of its instant films at an event in New York City on March 22 - attended by Black New York editor Valery Gherman. Several packages of the new film - described as offering "a new, broad range of possibilities, fresh characteristics and results" - are currently winging their way to Black photographers in New York, Sydney and Auckland for inclusion in a combined photographic feature in Black 12. This first film; PX 100 and PX 600 Silver Shade is nicknamed First Flush (after a type of premium tea with a rich and fresh aroma, picked in March) and is a black & white film - colour films are being lined up for distribution later in the year, up to 10 different films by the year's end. Each of the photographers contributing to our feature will also contribute one shot each to be included in The Impossible Collection, a gallery of work featuring Impossible films that will be housed in the Musee de l'Elysee in Luasanne.
Even better news for instant film fans is that the film is now available to anyone, online here at The Impossible Project shop. It will be available from selected dealers globally thereafter.
Black and Kingsize Studios are planning an exhibition of these works in May.
Posted by Front Grill at 2:47 PM