Ready To Roll? Vote For NZ's All Time Music Clip 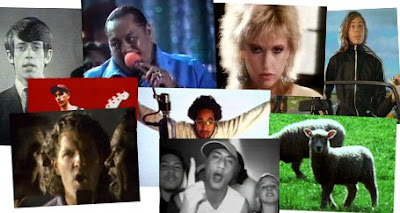 The New Zealand Film Archive houses thousands of New Zealand music clips and they want us to help choose the best of all time. The archive have chosen an eclectic and rather fascinating top 100 from which you can watch and then vote - including one called Gaskrankinstation (nudge nudge) - and the winner will be announced as the People's Choice during NZ Music Month next May. There will aslo be random spot prizes for people who vote. There are quite a few classics in here that you would be hard pushed to find even on You Tube but some of our favourite hard-to-finds include:

Here's the link to NZ Film Archive
Posted by Front Grill at 2:30 PM