One Of These Lady Tings Is NOT LIke The Other 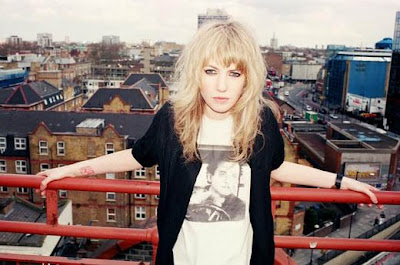 When it comes to music we can't help but notice that some Australians have real trouble differentiating things - like where a band comes from - whilst others seem to find yawning chasms of difference between what appear to be relatively similar acts. Take Ladyhawke (above). The New Zealand singer is big news in Australia, France and particularly the UK where she rates alongside the Ting Tings and MGMT as one of the hottest new faces of the year. In Australia she is largely considered Australian having lived in Melbourne for a few years, and is continually enshrined as the new queen of Aussie cool. This strange paradox was particularly evident in this weeks The Brag, a free music broadsheet distributed in the the inner city suburbs of Sydney. Reviewer Jacob Stone at least makes a trans-Tasman concession when he describes Ladyhawke as "the coolest, most savvy ANZAC pop singer of the last decade" before reverting to "our premier zeitgeist lightning rod." He has no problem awarding her song My Delirium single of the week status and 4 out of 5 stars. 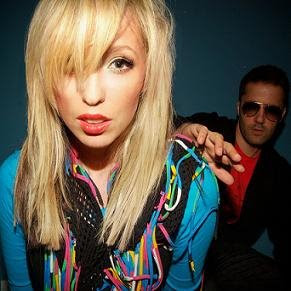 He then very humourously slates The Ting Ting's (above) admittedly average Shut Up And Let Me Go with NO STARS out of 5 and says "This is music for stupid people, the absolute nadir of 'Ting Tings vapid brand of garish low brow nonsense" before continuing 'the singer is a chip shop slag and her ramblings barely qualify as lyrics. It's the soundtrack to binge-drinking in high heels, and if you empathise with this song at all, we can't be friends, because you are a moron." Phew....just how different these two acts are is obviously a matter of opinion!
Posted by The Churchword at 7:23 PM