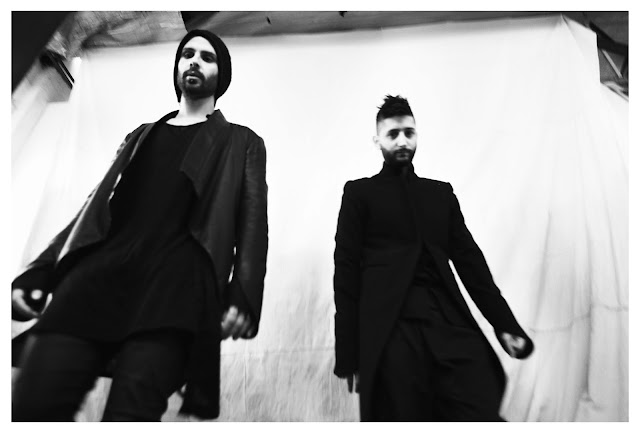 Peter Strateas and Mario Luca Carlucci had early success with their first label Trimapee before closing it down gently to go straight to Paris with their next venture Strateas Carlucci, a picture of tailoring, construction and form..

Grant Fell: Lets start at the beginning. Strateas Carlucci is Peter Strateas and yourself, Mario Luca Carlucci - are you both born and bred Melbournians? Mario Luca Carlucci: I am from an Italian background. Both my parents were born in Italy. Peter’s parents are both Greek. Peter’s father was born in Greece and his mother was born in Australia. We have been mates from school. We went to high school together. It was a really small school and the art department was even smaller, five students in the class. We had the same passions, aesthetics and that kind of stuff. We became mates in art class!
It’s a good combo Greek and Italian. It’s very Melbourne actually. (laughs) So post-school you studied communications and industrial design. That is interesting as those two combinations of creative pursuit are quite suited to fashion and also unusual at the same time. Exactly! Peter went on to study communication graphic design and I went on to study industrial design. We never set out to start with a fashion brand which is an interesting aspect to our story. We had another friend called Tristan and he studied architecture. The three of us had these different design disciplines and being great mates we started this creative, collaborative thing, doing random bits and pieces. From graphic design, sculptural work, commissioned art work, any kind of odd job that we found whilst we were studying, we started to form this business called Trimapee and from that, fashion came into play. We were experimenting with some print making, some art works and then started experimenting with garments. We started selling bits and pieces to friends and a few stores and that’s how it grew and evolved, really organically. Before we knew it Trimapee had a real fashion collection! This was all happening, by the way, out of Peter’s parents garage out in the suburbs, which was really funny. We turned Peter’s parent’s garage into a design studio. (Laughs) Trimapee started in 2006? We officially launched it in 2006 as a ready-to-wear fashion collection. Prior to that, it was established as a company, but as I said, it was a creative, collaborative, project-based company not just a fashion company. But yeah, the first fashion ready-to-wear collection was 2006. Actually, the way it all kicked off was that we entered the collection which was at that stage just menswear into the Mercedes Benz Fashion Week, a start-up programme. There was a competition and we were selected as a finalist and the prize for that was to be in a runway show for fashion week. That was our first step into the industry, so after our first runway show it put our name on the map, so to speak. It was very theatrical, not your average runway show and Dan Zizys was a part of it. Not your standard menswear show! (laughs) So early on, you were pursuing a number of different creative paths. When did you realise that fashion was a good business option or did you just decide you liked fashion more and concentrated on that? It was one of those natural progressions. We have always been into fashion and style. I know this may sound a little clichéd and wanky, we didn’t so much call ourselves fashion designers as we had a really broad idea about what design is. So for us we just really wanted to hone in on fashion and it was a balance between doing something creative and having some commercial viability to survive, and sustain ourselves as a business. I think it was a really great balance for us to pursue something creative but also to sustain it, and hopefully, make some money out of it. (Laughs) I think that’s the reason ultimately why we decided to go down the fashion road as opposed to any of the other mediums. 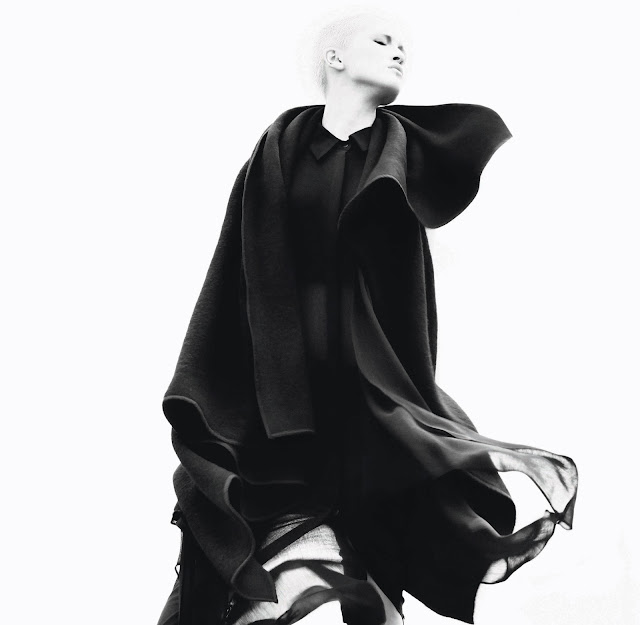