The Great Gatsby, according to Miuccia and Baz 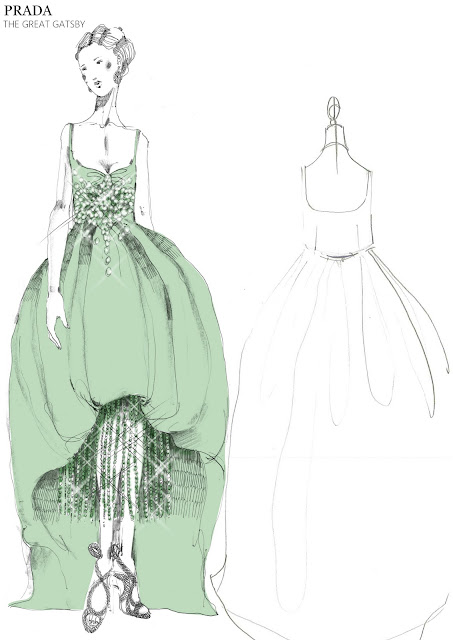 Small and perfectly formed, F.Scott Fitzgerald's The Great Gatsby is a sublime novel, albeit averagely interpreted in the past on the silver screen. The novel was set in the Jazz Age, in a fashion sense a fine era indeed and Baz Luhrmann surely knows this, courting Miuccia Prada, one of the world's greatest fashion designers and the legendary costume designer Catherine Martin to deliver the sartorial elegance the great novel deserves. Prada and Martin deliver a bespoke collection of over 40 unique Miu Miu and Prada cocktail and evening dresses that have been inspired by runway looks from the last 20 years to aesthetically take Gatsby to a new level. 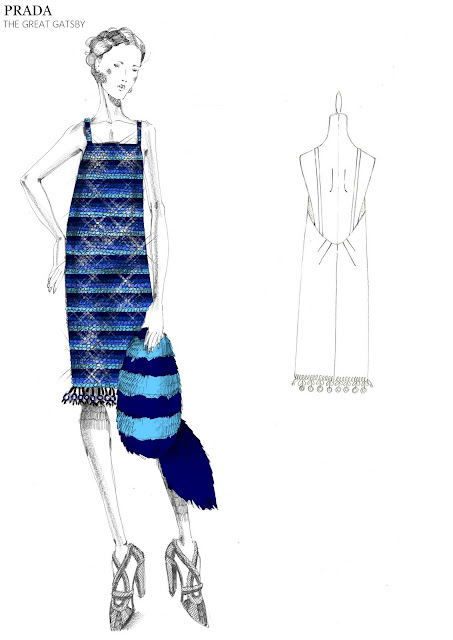 Says Martin: “Baz and Miuccia have always connected on their shared fascination with finding
modern ways of releasing classic and historical references from the shackles of the past. This connection is central to our relationship with Miuccia Prada on The Great Gatsby, and has connected our vision with hers. In the same way Nick Carraway reflects on a world that he is within and without, we have tried to create an environment that the audience will be subconsciously familiar with, yet separated from.” 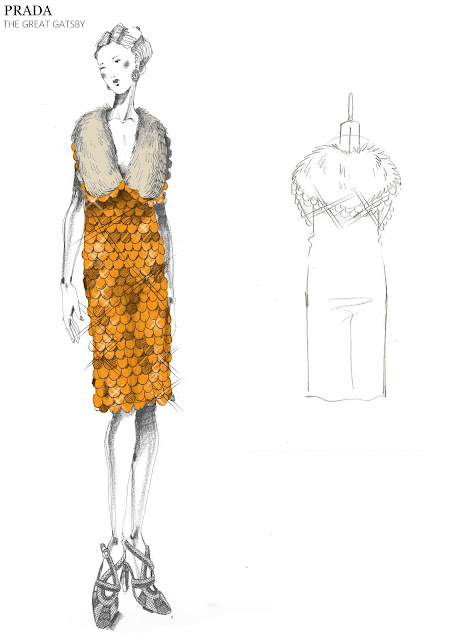 Set on Long Island in the 1920's the aristocratic beautiful people of the time were more than a little influenced by European fashion and flair so it makes good sense that the house of Prada should be involved - the costuming will reflect a collision of the aesthetics on both side of the Atlantic, the momentary opulence post WW1, and pre Depression. Word is that in the pivotal ball segments, set in Gatsby's lavish fairytale mansion, the Prada and Miu Miu designs steal the scene. As Fitzgerald, Prada, Miu Miu and Luhrmann fans, we cannot wait. 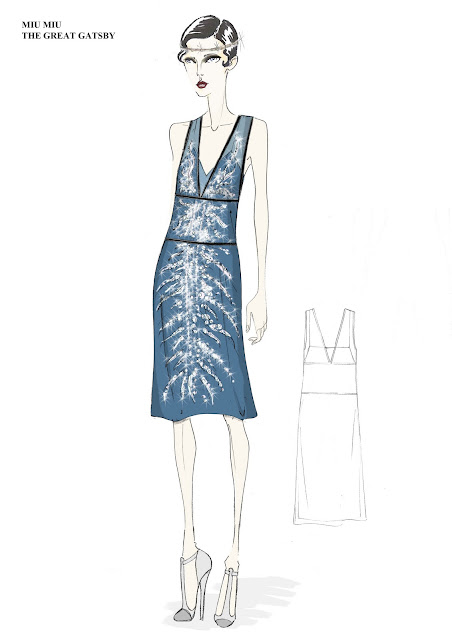