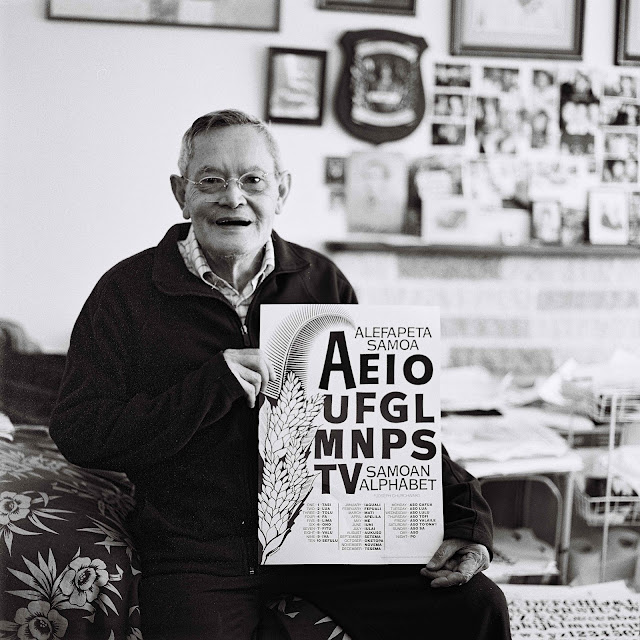 This week marked the passing of Joseph Churchward Q.S.M, the great Samoan New Zealand typographer who is famous in typography circles worldwide for having created over 660 beautiful fonts, all hand-drawn and many with ethnic origins; Churchward Maori, Churchward Samoa, Churchward Asia, Chinatype, Ta Tiki among them. Many more can be found on My Fonts including the iconic Churchward Maricia and Churchward Marianna named after his daughters. He is also Black Creative Director Rachael Churchward's relative on her Samoan side. New Zealand typography has never seen the likes of him, and is unlikely to again. Rest in peace Uncle Joe. In remembrance here is the interview with Joseph Churchward by his daughter Maricia which was published in BLK #15; Photos by Louis Hatton and Grant Fell 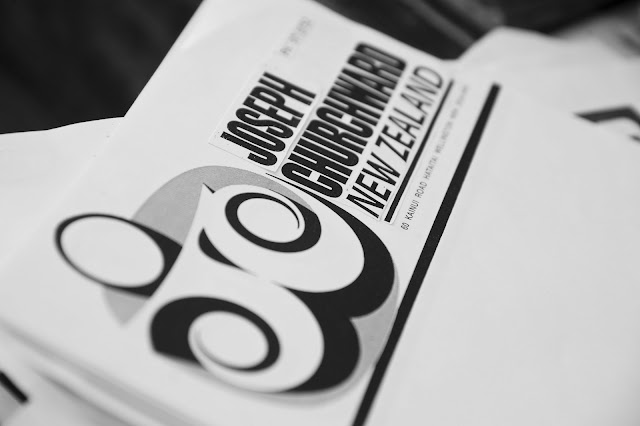 Maricia Churchward: I’ve a few questions for you Dad. First of all, coming from Samoa and your aiga, what was it like, coming to New Zealand in 1946 and did you have an interest in painting, design and art coming to NZ? Joseph Churchward: No, I didn’t. I first came, in February 1946 to Wellington but before that I arrived on a banana boat in Auckland called The Matua. I was one of four half-castes that were going to school in New Zealand. The Wetzel twins, they looked just like Pakehas, and Eric Allen, I’m related to Eric Allen. He was Captain Allen’s grandson. What happened when you first arrived in New Zealand. You went to school? Yes. I went to Miramar South School first and early on a teacher used to get me to do signs for the (classroom) door so that was my first lettering work. Then I took up art at Wellington Technical College, behind the old museum in Wellington. They taught me everything to do with art. We even had to draw naked women! (Laughs) We did modelling with clay but one of the things that interested me most was the lettering. I happened to pick that up. You received the Wellington Technical College Art of Distinction award for that…Yes, yes. That’s right…it was an honour. I felt honoured. It was 1946…my one and only job after that was as a commercial artist at Charles Haines Advertising on the 4th floor of the Dominion Buildings and from there, I started my own business. I had twenty-five staff. We were doing work at the time for a lot of the other agencies in Wellington. But I lost everything in the recession of 1987/88. When you arrived in NZ from Samoa you immediately had a connection with the Maori people, through your family… We mixed with a lot of Maori when we first came. We used to go to Maori dances, opposite Wellington Railway Station. The name of the club was Ngati Poneke, I think. We’d go there each weekend, Friday, Saturday. Do a bit of dancing with the Maori girls! (Laughs). That would have been a lot of fun! Yes, it was a lot of fun! Do you think the Samoans and the Maori related well together? Oh yes. I think they are very connected. When I was a little boy, I heard an old Samoan story that the Maori used to live in Savaii, one of the islands of Samoa. When the mountain exploded the Maori went away to go back to China, and found New Zealand on the way back to China. 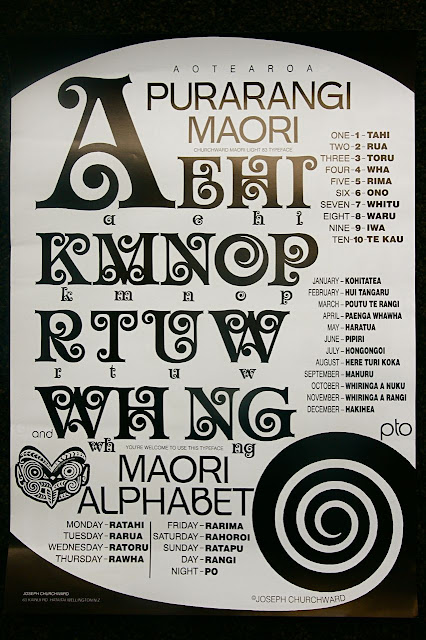 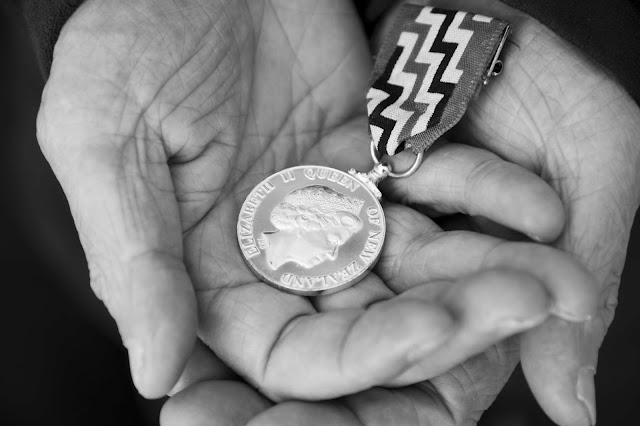 Do you remember much about cousin Hori, the father of Rachael Churchward who publishes this magazine? Yes. I felt proud. I grew up with my Maori cousins, they were Maori but then we were all part Chinese as well. But then all Polynesians are part Chinese and part African. I have just discovered that. All Samoans came from Taiwan in three or four canoes and went into the South Pacific. The word “Samoa,” “Sa” means forbidden and “Moa” means centre of the Pacific. “Apia” is “Api,” “a.” It is two Chinese words. That’s Apia, capital of Samoa. I always remember that story about drawing the alphabet in the sand, back in Samoa, when you were a boy… There were three ‘house’ girls that used to look after me when I was a little boy. They took me to the beach and started scribbling ABC in the sand. They kept on telling me to copy them so I copied them and scribbled the letters into the sand and the waves came in and wiped the letters away. Today, when I am flat out rubbing pencil marks off my typefaces I always think of the waves coming in and wiping those letters off the sand. It would be a lot easier if I could do that with my drawings! (Laughs). Wipe the pencil marks off with waves! That was my first sight of the alphabet, when the house girls who used to look after me scribbled the ABCs on the sand for me. I was about 9 or 10. How old were you when you came to New Zealand? I was 14, that was 1946. Next year I turn 80! And you will be in Black Magazine! What are your thoughts about Black Magazine? Oh, it is wonderful! Very proud of it. Good on you Rachael and Grant! Wonderful…Rachael, our Chinese side is Ah Soo and your great grandmother was a Stowers, Lucy Stowers. She married Jim Ah Soo. His son came here from Samoa as a Churchward, as Jim Churchward. He then married Huia Te Kama, I think she was from Ratana. She was 15 and he was 20. And that’s where you got your Maori side from, from a pa near Wanganui. I’ve heard so many good things about Hori, I wish I had met him. Yes, he was a good fellow. His best friend was Jimmy McCaughtey. Scottish. We are also part Scottish, our great grandfather was a Coe. He was born in New York. Then he went to Samoa and he had seven wives and forty kids! He’s buried in Samoa and his eldest daughter became Queen Emma of the South Pacific. That’s our Scottish side. Let’s get back to more recent times and talk about David Benniwith. Oh yes, David Benniwith has done a lot for me. He is very, very proud of me. His mother told me that she was part-Chinese and part-Maori. So there you are. Our Polynesian side is joining together. I think he helped you to participate in the Typeshed 11 design symposium in Wellington a few years back. It was great going there, there was lots going on and they set up a corner for you at the symposium. How did you find that whole experience? Good. David published a book about me - and my work - and sold it worldwide and it’s all sold out now so I think he is doing another issue. That is why I was there. Is there anything else you would like to add Dad? No, no. Just that I am very proud, on my Polynesian side, my Chinese side, my English side…and…there is something that I am very proud of. My mother was seventeen when she had me. My father was twenty-four but they never got married so I was illegitimate. But now that I think about it, before they discovered marriage, everyone was illegitimate around the world so I am quite proud to be illegitimate. You didn’t actually know your mother though for most of your childhood… Yes, I only met my mother when I was seventeen and went back to Samoa. I actually met her earlier, before I first left Samoa, but I didn’t know it. I was at Laefefe school and she turned up to enrol her kids and I didn’t know it was my mother. She came by push bike and she came over and cuddled me and cried. I didn’t know it was my mother and then when I went back to class, all of the girls were laughing. They said, “What a beautiful girlfriend you’ve got, what’s her name?” I said, “I don’t know!” Later, I discovered it was my mother. Anything else? Yes…some artists, they talk a lot of rubbish and they consider that it’s art. I came back from Samoa and met a few artists and they talked just like Samoans, a lot of rubbish! So that’s why I became an artist. So you can get away with talking rubbish! I mean humour…humour is art, singing is art, acting is art as long as it is all done freely… 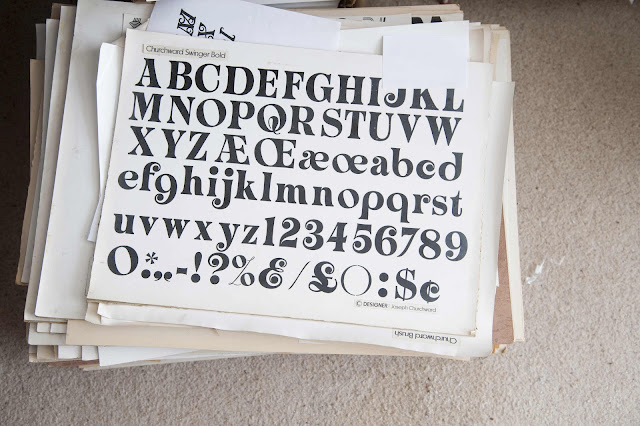