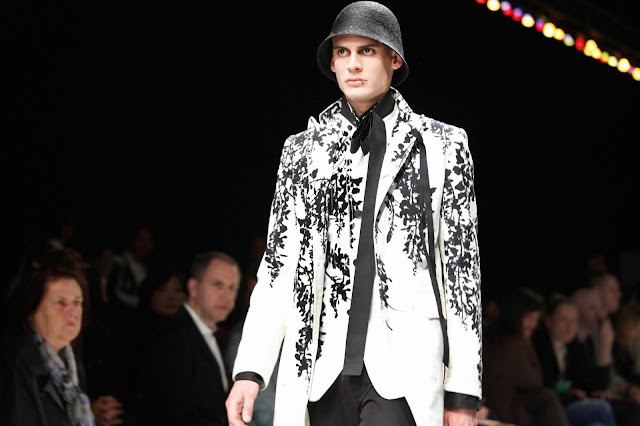 Cover me with vertical stripes or creeping prints - yes please! Ann Demeulemesster has long been a Black Magazine favourite and the Belgian designer's Mens SS14 show on the weekend has done little to quell our ongoing love for her fashion ethos. In the 1920's stripes were bigger than bootlegging and Demeulemeester certainly didn't shy away from them, in reds, white, black and many shades of blue. Hats of that decade made an appearance, too, although there was a unisex element to the direction, something that the designer has always been comfortable with. Vests and long coats were to the fore, beautifully tailored as always, all to a soundtrack by the inimitable Devendra Banhart. We were also more than a little taken by the footwear. Game, set and match. All photos by Black man-on-the-ground in Europe, David K Shields. 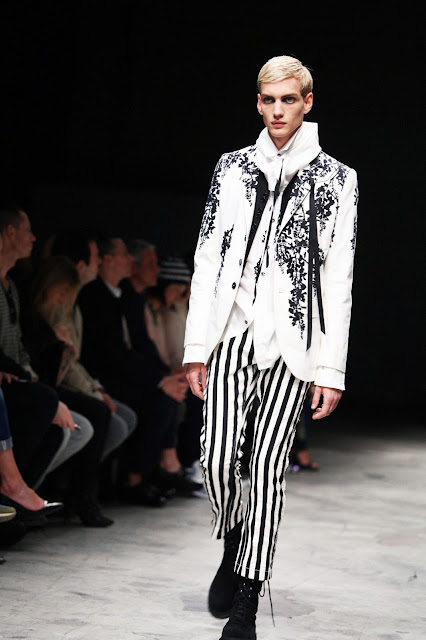 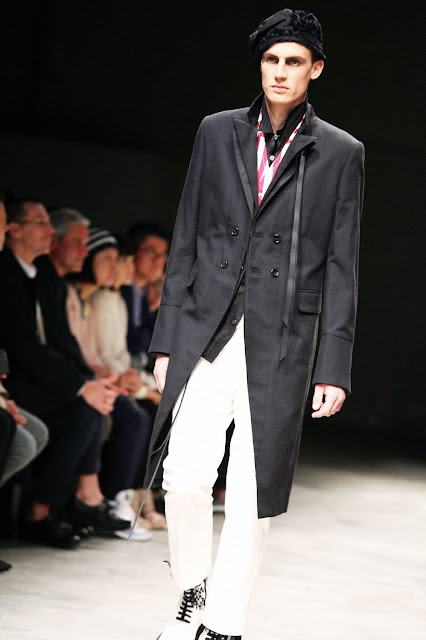 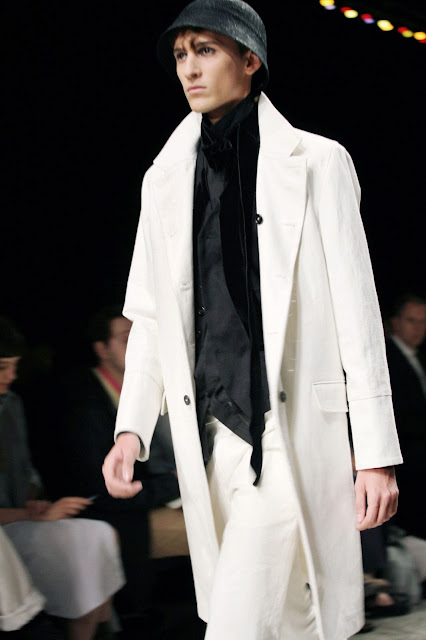 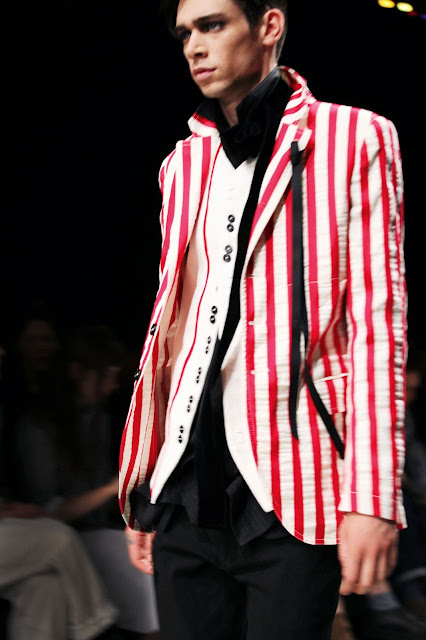 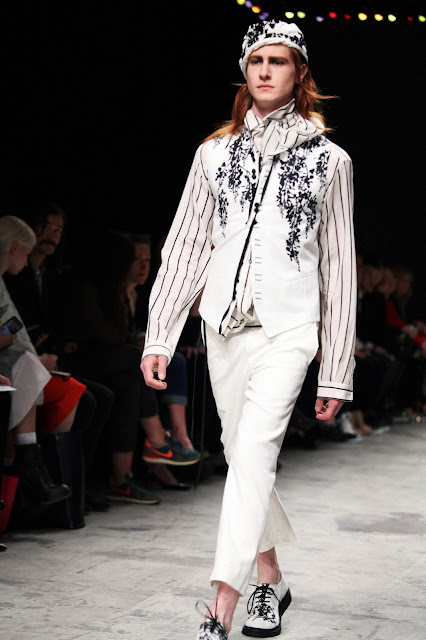 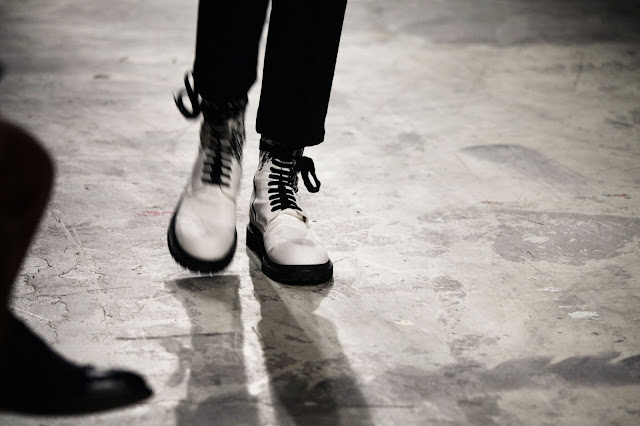 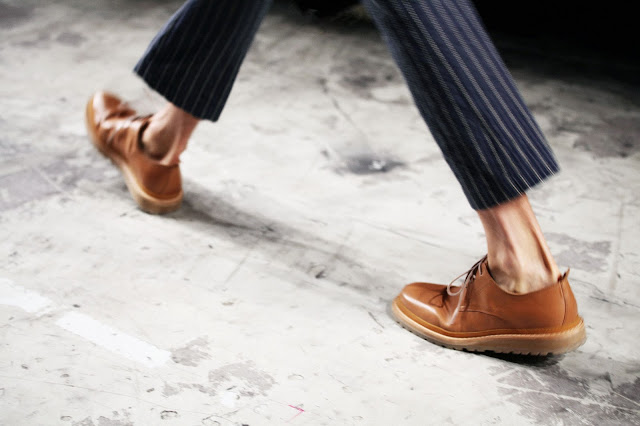 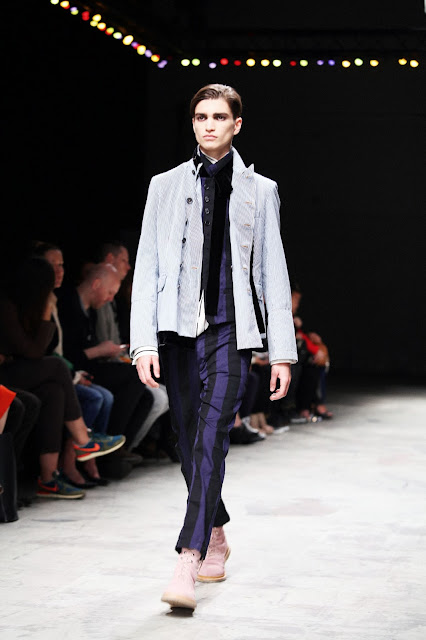 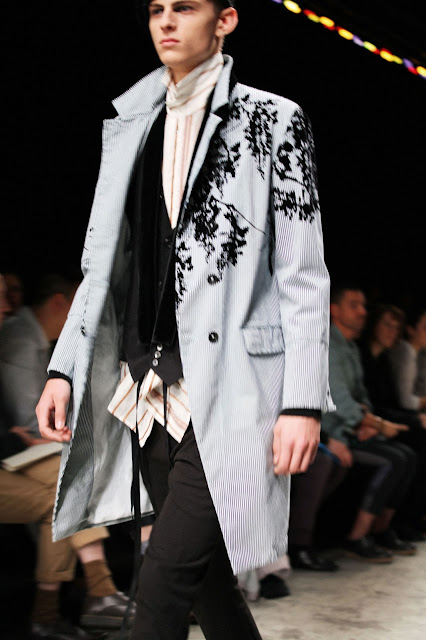 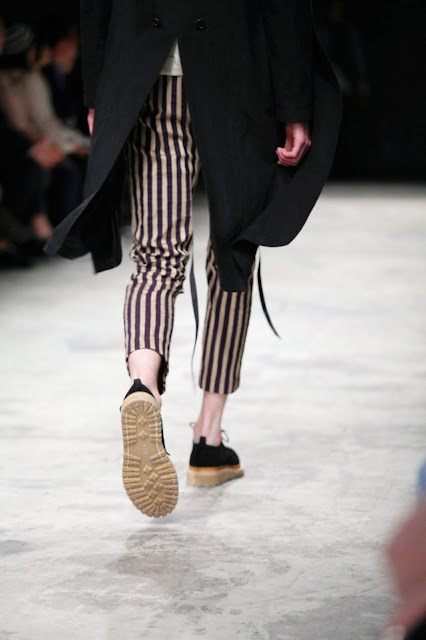 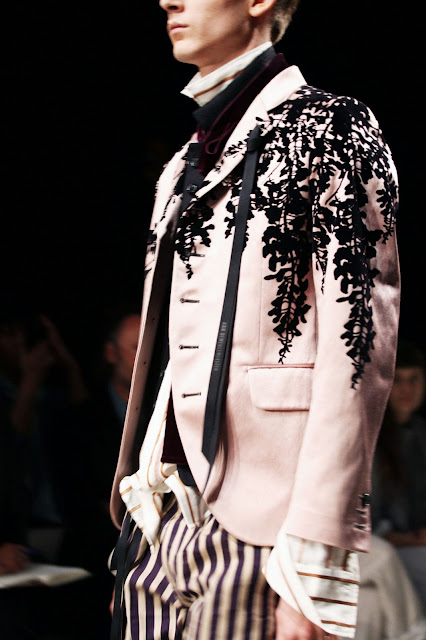 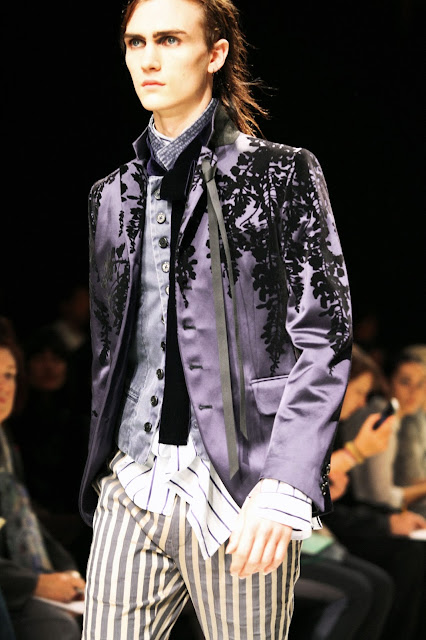 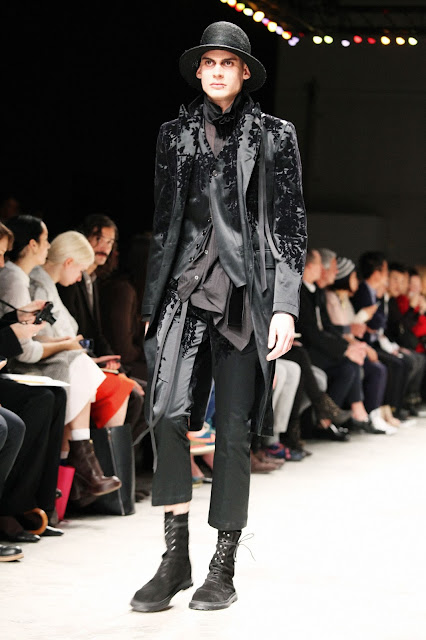 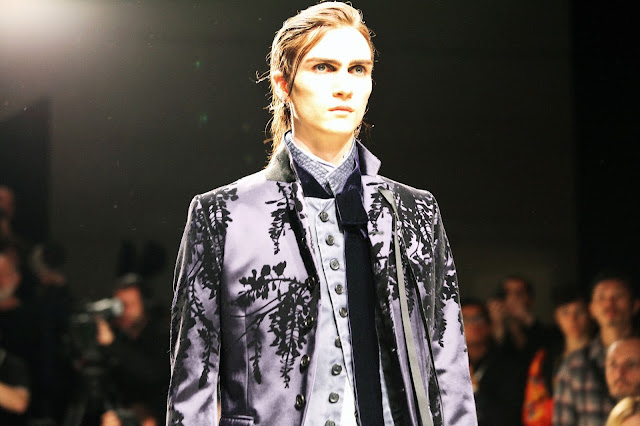 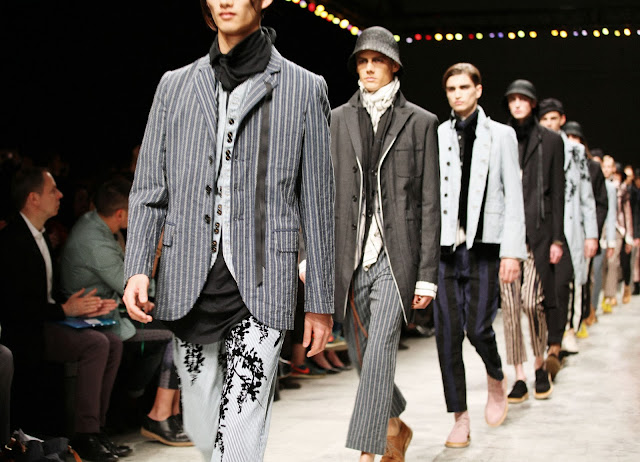 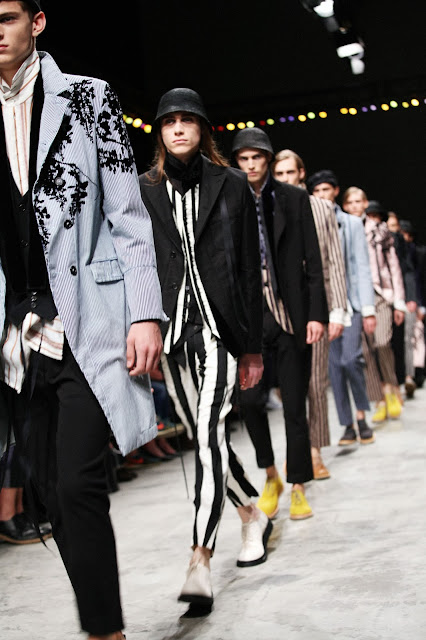 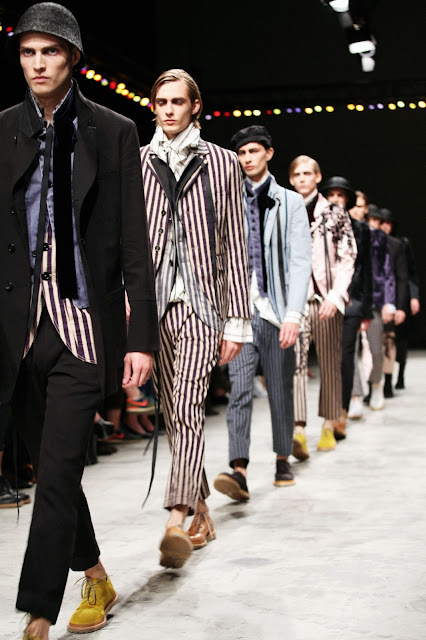