"On Mexico Time" by Taylor Steele for Corona Extra

We're just about to jump in the car this morning and take a road trip to Raglan; the surfers paradise of our west coast in New Zealand for our Black #18 mens shoot with photographer Russ Flatt. The highways, the play lists, the sunshine (hopefully) and the salty air makes us think of a true kiwi summer- and it's not so far away now! Summer and beer go together like a horse and cart, you can't have one without the other...
So to celebrate our positive summer vibes this morning we thought it was fitting to show the latest campaign makings of the guys that do summer best; Corona Extra. The new campaign “On Mexico Time” is created by celebrated surf filmmaker Taylor Steele, renowned photographer Chris Searl, and a killer soundtrack by musician MT Warning, a fresh take on Corona’s successful "From Where You’d Rather Be" campaign. With these boy's previous collaboration for Corona notching up well over a million views, they had set the bar high!

Filmed in Mexico over two weeks “On Mexico Time” took Steele, Searl and a handful of friends to all corners of Mexico, from Baja to the Carribean and Pacific coasts, surfing each amazing break along the way. “I’m not going to lie, shooting Corona is one of the best jobs going around. Drinking Coronas in Mexican beachside towns... the hardest thing is hitting focus” said Searl.

And we couldn't agree more. Bringing together the things you love, the people you love working with, and all going to places that people dream about visiting, well, we think that's pretty lucky!
Have a great summer everyone! Be safe, look after each other and most of all have fun! Cheers!! 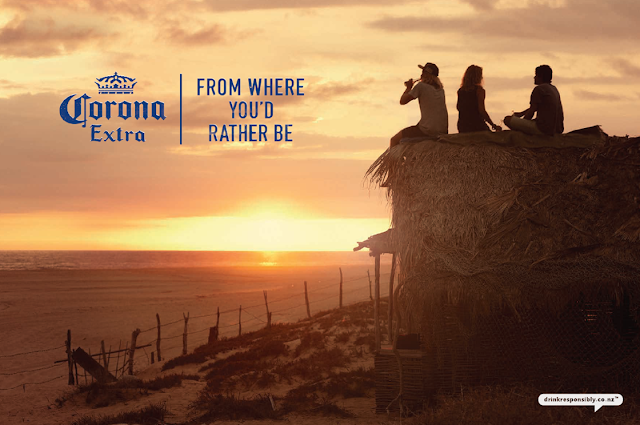