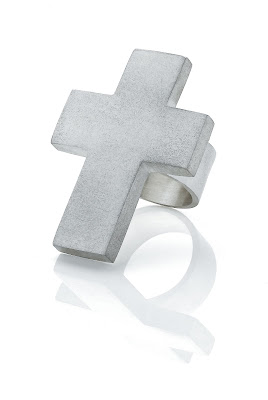 Above: Kingdom of Style
In the press release about Meadowlark's new line of colab jewellery, a range designed in partnership with bloggers, Chris Lorimer's Ciel PR quotes the quote master himself, Karl Lagerfeld; " Fashion is all about zeitgeist. It has to be something that comes to you, but you have to be like a watch; right on time, because 'zeit' means time. I'm only interested in now and tomorrow - yesterday was ok." Meadowlark, one of New Zealand's leading contemporary jewellery designers has interpreted, probably quite accurately, that "now" equals "bloggers" and decided to incorporate the creative thinking of four bloggers into the new designs. Simply entitled the Blogger Collection, it is a great wee range and the choice of bloggers is inspired: the UK's Kingdom of Style, Aussie blogs Di$count and Gnarlitude and San Fran/New York's Garbage Dress all work with Meadowlark to create a ring each. They are all top line blogs and the designs are equally desirable. Great idea, great result.
Below: Gnarlitude 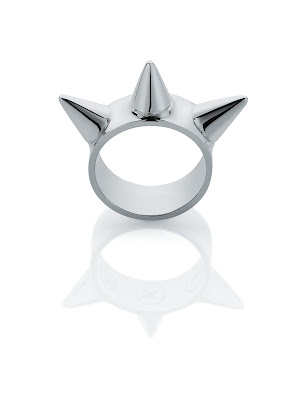 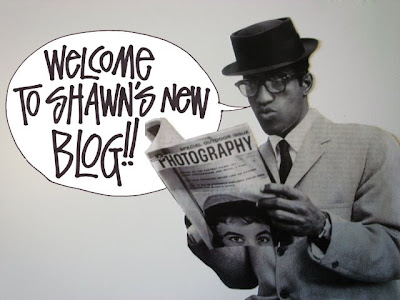 Back in the 80's and 90's Stussy was the coolest, most covetable street wear brand around. The Mossimos, Airwalks, Mooks et al were really all just tagging along for the ride as Stussy surfed wave after wave of design concepts, music genres and styles - the pork pie hat and classic over all/dungaree spring immediately to mind. The label's founder, Shawn Stussy, was a hard out surfer and board shaper that simply decided to make fashion (Stolen Girlfriends and Huffer, you are on the right road) up until he sold his share of the company to Frank Sinatra Jnr in 1996. Family and a lot more surfing in Hawaii followed for many years, until now. S/Double, Shawn's new label is available online here and looking good too.
Converse - Three Artists, One Song Mach 2 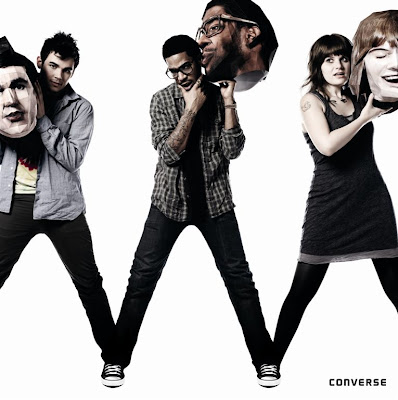 In 2008 Converse facilitated the creation of one of the sweetest indie tunes released that year. My Drive Thru, featuring Santogold, Julian Casablancas and N.E.R.D and was produced by Pharrell Williams. It was a quality tune from an interesting threesome. In recent times Converse have fully taken to heart their positioning within the psyche of the world's creative communities and particularly its place as the great rock'n'roll sneaker. They recently instigated a number of quality arts and music initiatives that can be viewed online here. The latest Three Artists, One Song series, features conscious, classy rapper Kid Kudi who is sublime on the mic while Vampire Weekend's Rostam Batmanglij and Best Coast's Bethany Cosentino round it up in an indie chime. Nice...
The Caker - Jordan's baking up a storm. 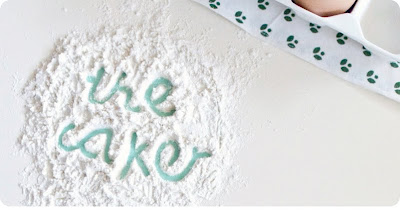 As you may or may not know Jordan Rondel has been writing for Black for the past couple of issues. We asked her to write about local fashion labels and retailers because she has great personal style. After recently sampling some of her cup cakes though, it is clear she is also a talented baker of fine cakes that reflect her French and NZ lineage. Last year she started her own cake making business and blog, The Caker. If you live in the Auckland area Jordan will whip up one of her amazing creations for $40 delivered. 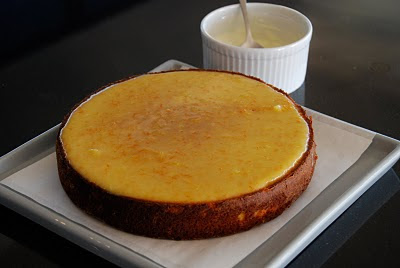