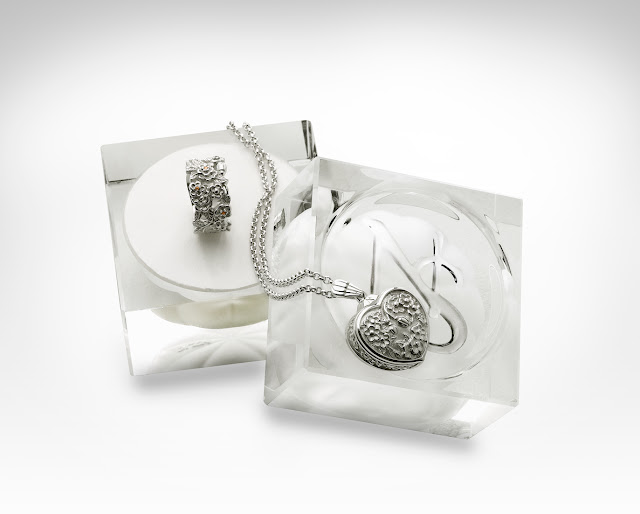 Photo by Daniel Max
It's no secret that we are big fans of jewellery here at Black Mag and there are an increasing number of local jewellers to be excited about. Rachel Sloane's Naveya & Sloane is one of these. Sloane was womenswear designer at Huffer for three years before working as a patternmaker for NZ's longest running and most loved TV show, Shortland Street. Whilst creating one-off pieces for "The Street" Sloane started to sketch jewellery designs on her pattern paper and her first range is now realised a little over one year later. Sloane describes herself as "a hopeless romantic," and her sentimentalism is inherent throughout, including in the genesis of her thinking; "a notion of a parachute falling from the sky and into my hands." The parachute motif appears on most of her pieces, usually within the clasp, and she pulls no punches on the fab packaging - large, magnetised glass boxes that give many a luxury brand a run for sheer desirability and usefulness - ours now houses a special piece of crystal - but of course, is just as useful as a safe place for the jewellery. Naveya is a fictitious character created by Sloane as a muse for her design and branding, we love the stories and thinking behind the collection which is broken down into four parts; Tulipa, Stain Glass Secrets, Miss Me and Killed By Kisses. Naveya Sloane is stocked at Platina and Steve Haywood.
Posted by Front Grill at 2:44 PM