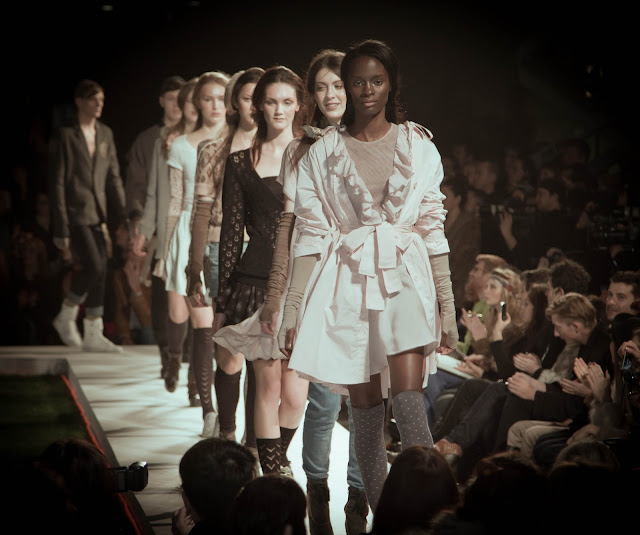 Huffer finale. All images by James Blackwood
The final day of fashion week was all about Huffer for us. As per last year we were ready to go by 12.30 so we went to The Longroom for our traditional show day lunch with Huffer designers Aaron Styles, Ella Moore and Aimee McFarlane and were well looked after by Des Hoeflich. 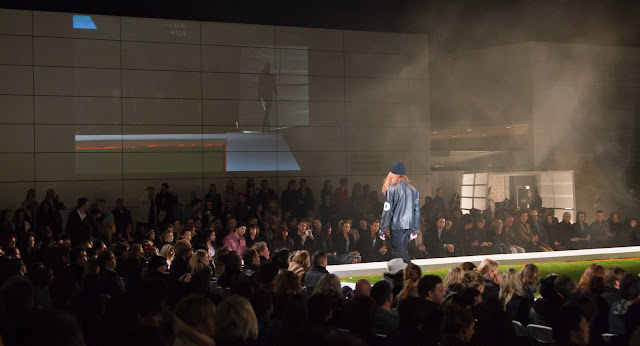 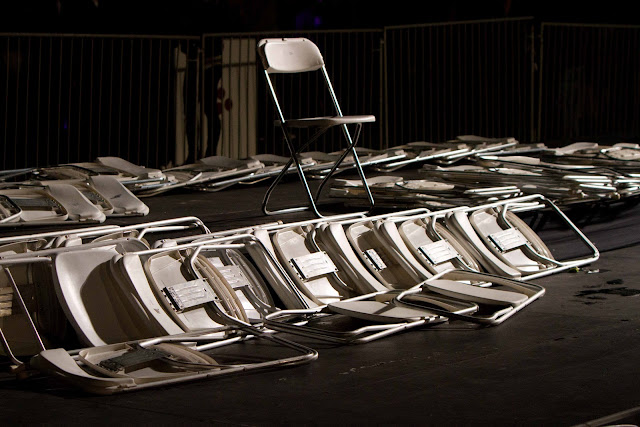 All week the speculation about the weather for Huffer's ambitious outdoor show had been rife but the boys had done their homework and show producer Jade Hurst got a final call from alternative weather forecaster Ken Ring in the afternoon. The weather would turn on sunset and be perfect for the show he advised, with the added suggestion to run as late as we could. He was dead right, the moon came out and the weather was perfect although in the afternoon the wind was still very strong and blowing the chairs over in large clumps (above). 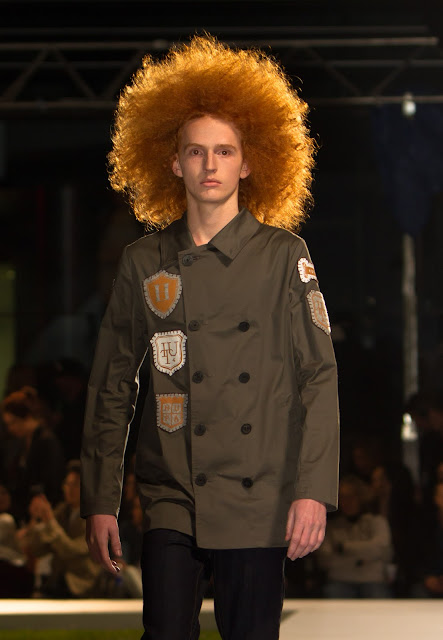 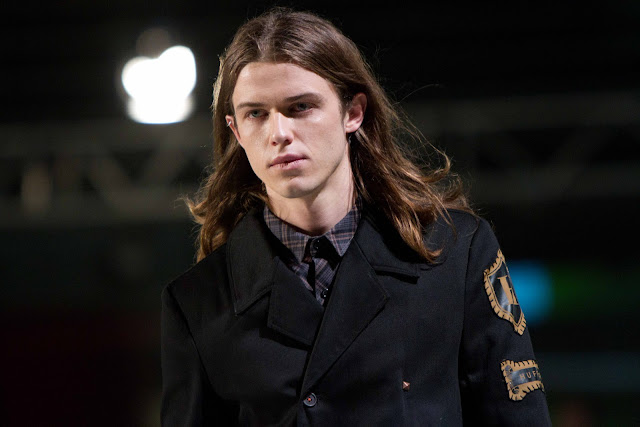 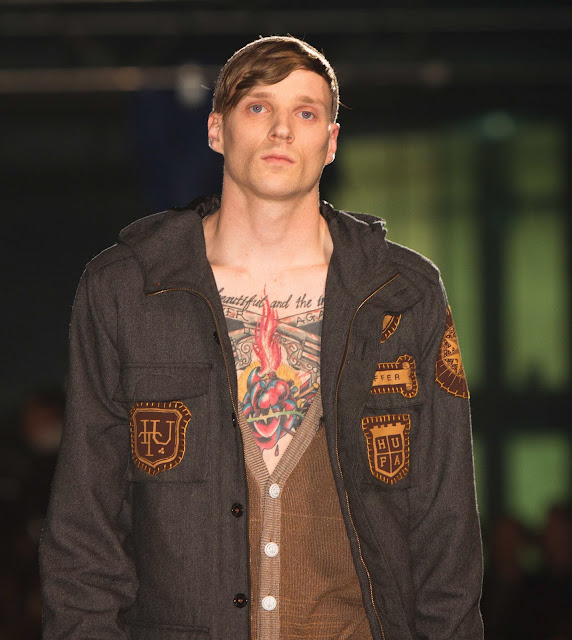 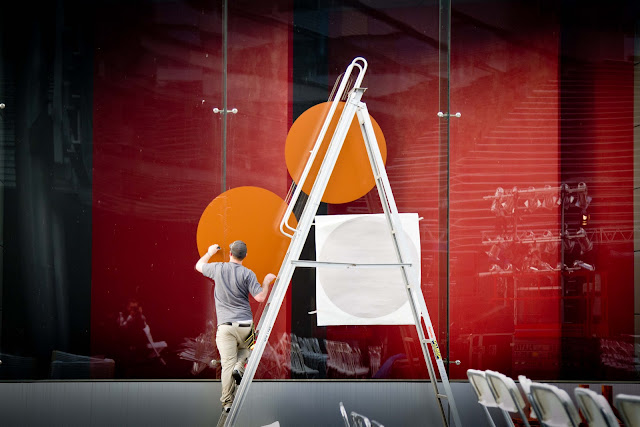 Come show time and 1,000 people filed into the courtyard of the magnificent Owen Glenn Building, the Auckland University Business School. The show began with a couple of shuffling zombies carrying picture frames akin to those that framed the names of key sponsors such as Audi and Telecom on the massive projection wall nearby. We love Dan Buckley's concepts, he is a true creative and is always thinking outside the picture frame, as it were. The lovely ANTM winner Krista White opened the show proper wearing one of new women's wear designer Aimee McFarlane's sweetest pieces, a peach coloured belted dress that flowed behind her as she powered down the catwalk. Aside from being a very nice person, Krista is one of the best walkers we have ever seen. 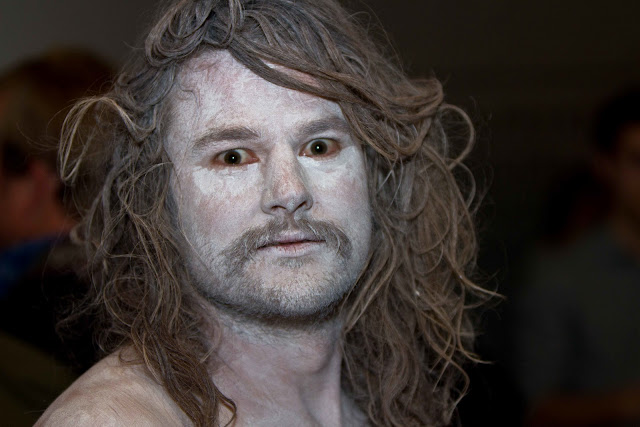 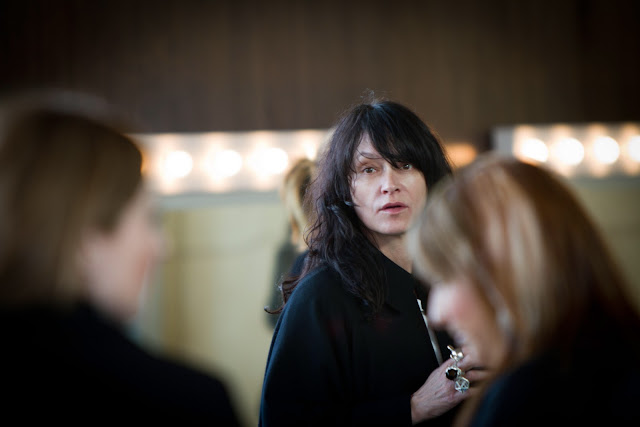 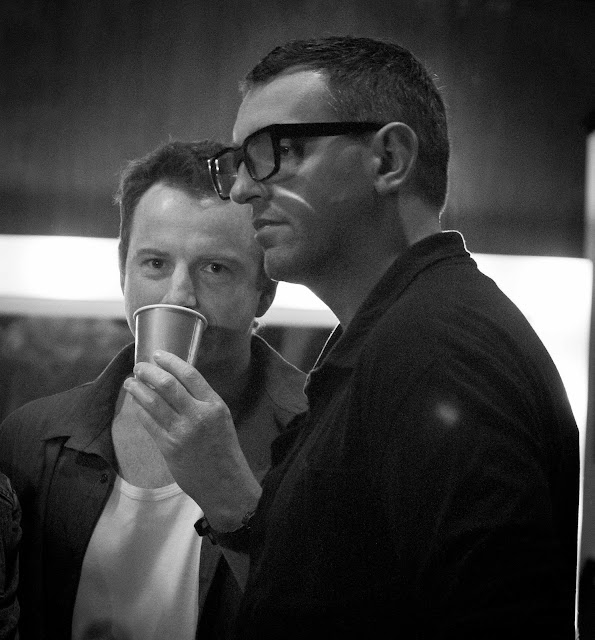 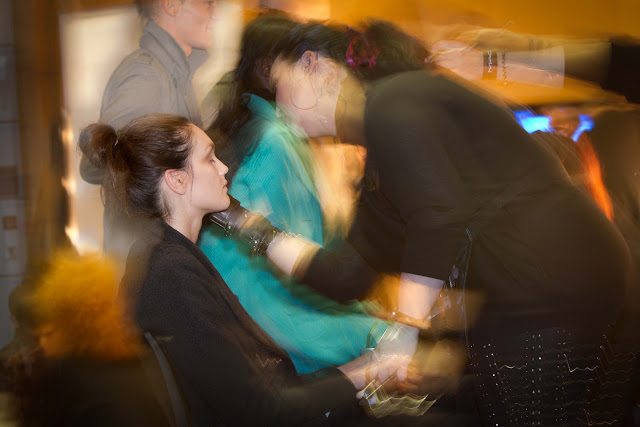 Other highlights included a series of knits and dresses that featured a pretty blush pink leopard print, a black leather miniskirt and jacket combo, a green wide-collared trench and a long-waisted men's leather jacket straight from Chic Street. Stylist Rachael Churchward created a series of patches with Huffer's Steve Dunstan, Dan Buckley and H.D that paid tribute to Raf Simons and numerous sub-cultures. Girls wore long socks, sleeves and bows, large and small. Boys wore cuffed jeans, plaid shirts, braces, bomber jackets, anoraks and Casio watches. Footwear by Kathryn Wilson, Beau Coops, Converse, To Be,  SGD and Tristan Blair.  Greg Murrell's Ryder team created a loose, wind-blown fraternity look, some of which was pinned back to the neck, also with a bow and the MAC crew created a pared back natural look to suit. All-in-all a strong showing from Huffer with the addition of McFarlane looking like a master stroke.

Special thanks to James Blackwood for these great photos... 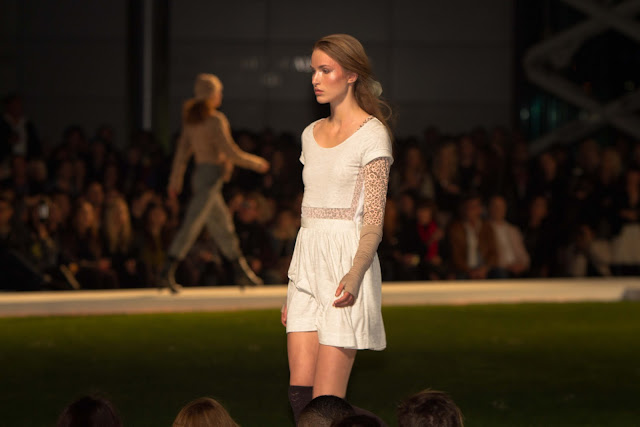