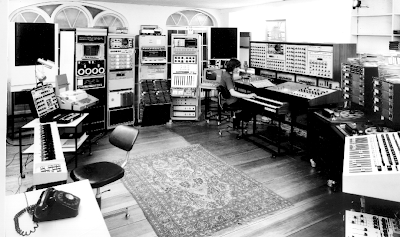 Having something of a proclivity for 7" vinyl we were pleasantly surprised to receive the new Parallel Dance Ensemble single in the mail this week, and it's more than just the charm of wax that appeals. Run is a lovely thing; a lilting groove punctured by stabby disco keys, produced, played and arranged by Danish musician/producer Robin Hannibal. The rap by the artful Coco Solid is everything her local fans expect and enjoy, and the pretty, floating vocal by the mysterious Bobbi Soxx caresses the tune in a way that would capture Sia or Zero 7's attention. Recorded and mixed at Red Bull Studios in College Hill the single with instrumental b side is released as a Red Bull Music Academy project, speaking of which...
Red Bull Music Academy 2010 is mid way through week two in London and as we've written before both here and in Black Magazine, we love RBMA and the relationships and on-going camaraderie it creates. Run is a perfect example. Here's RMBA radio.
Posted by Front Grill at 6:23 PM